USHL Statement on the Omaha Lancers Regarding Weekend Games and Investigation 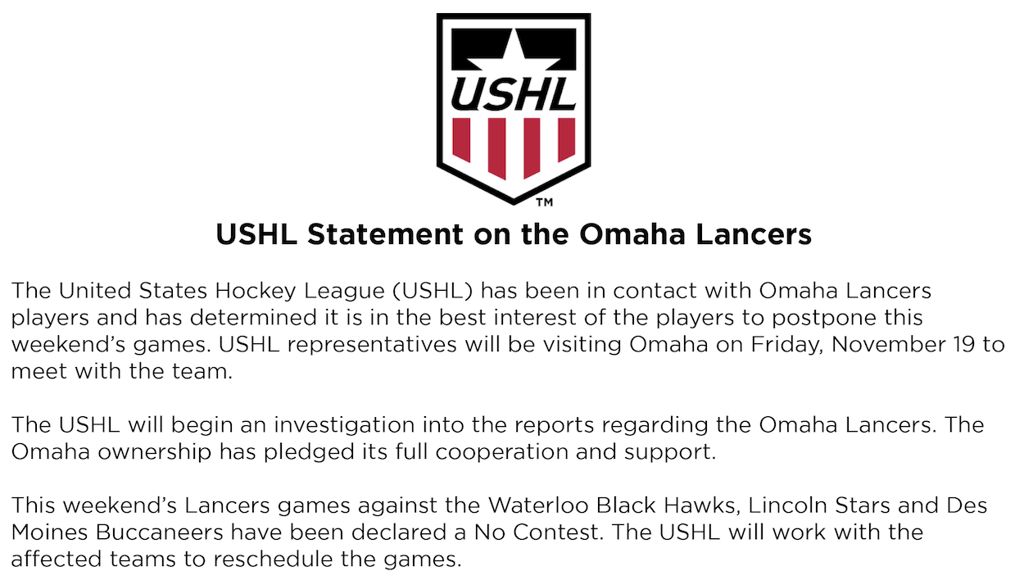 The United States Hockey League (USHL) has been in contact with Omaha Lancers players and has determined it is in the best interest of the players to postpone this weekend’s games. USHL representatives will be visiting Omaha on Friday, November 19 to meet with the team.

The USHL will begin an investigation into the reports regarding the Omaha Lancers. The Omaha ownership has pledged its full cooperation and support.

This weekend’s Lancers games against the Waterloo Black Hawks, Lincoln Stars and Des Moines Buccaneers have been declared a No Contest. The United States Hockey League (USHL) will work with the affected teams to reschedule the games.