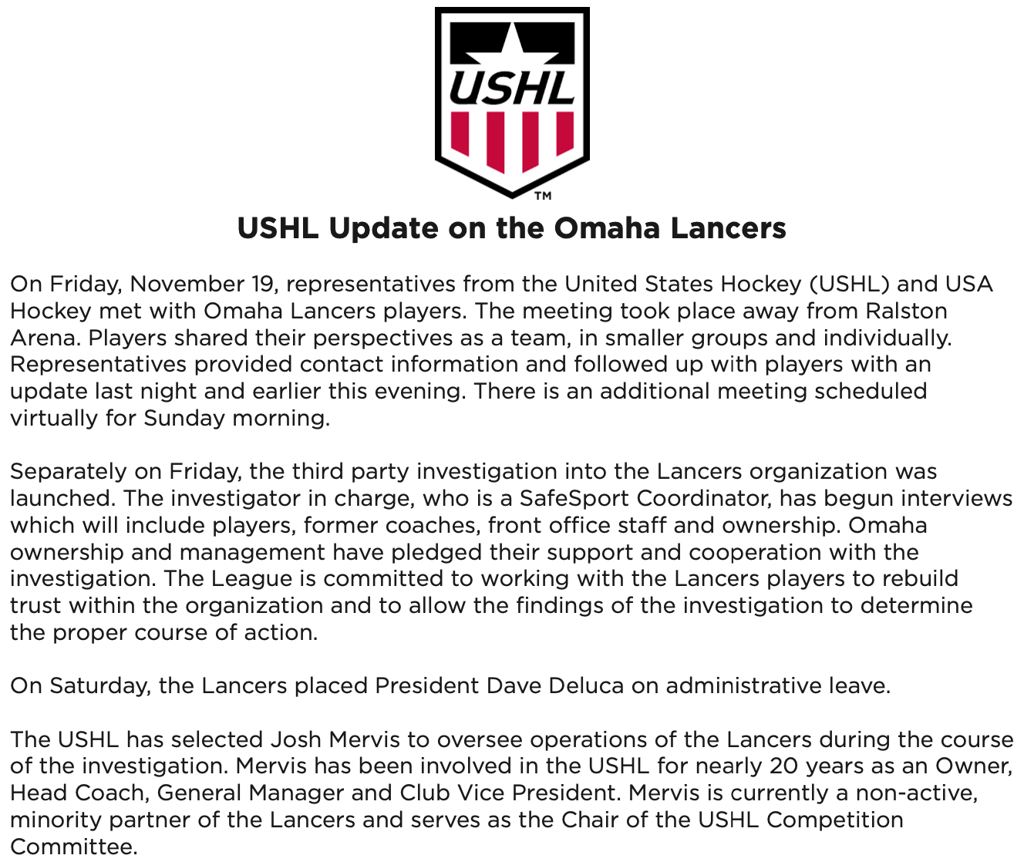 On Friday, November 19, representatives from the United States Hockey (USHL) and USA Hockey met with Omaha Lancers players. The meeting took place away from Ralston Arena. Players shared their perspectives as a team, in smaller groups and individually. Representatives provided contact information and followed up with players with an update last night and earlier this evening. There is an additional meeting scheduled virtually for Sunday morning.

Separately on Friday, the third party investigation into the Lancers organization was launched. The investigator in charge, who is a SafeSport Coordinator, has begun interviews which will include players, former coaches, front office staff and ownership. Omaha ownership and management have pledged their support and cooperation with the investigation. The League is committed to working with the Lancers players to rebuild trust within the organization and to allow the findings of the investigation to determine the proper course of action.

The USHL has selected Josh Mervis to oversee operations of the Lancers during the course of the investigation. Mervis has been involved in the USHL for nearly 20 years as an Owner, Head Coach, General Manager and Club Vice President. Mervis is currently a non-active, minority partner of the Lancers and serves as the Chair of the USHL Competition Committee.