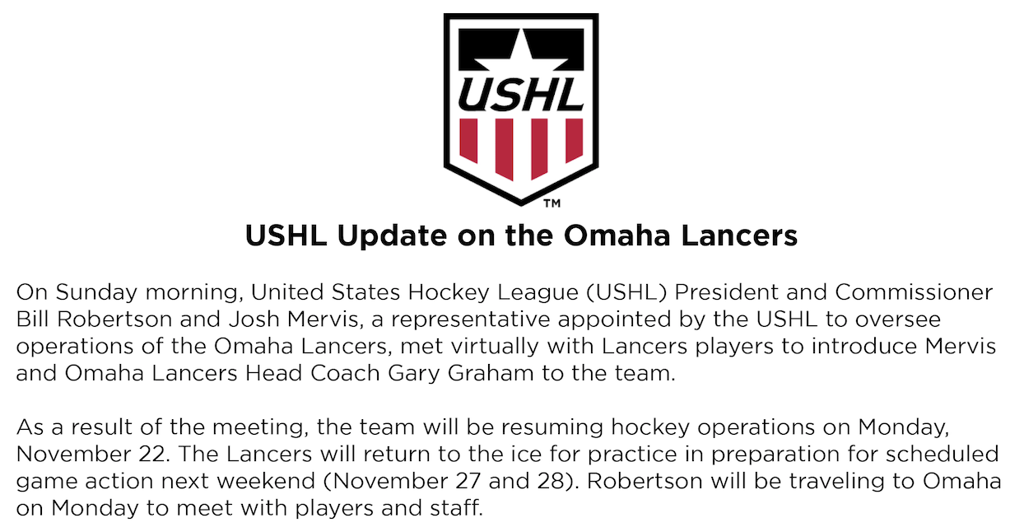 As a result of the meeting, the team will be resuming hockey operations on Monday, November 22. The Lancers will return to the ice for practice in preparation for scheduled game action next weekend (November 27 and 28). Robertson will be traveling to Omaha on Monday to meet with players and staff.