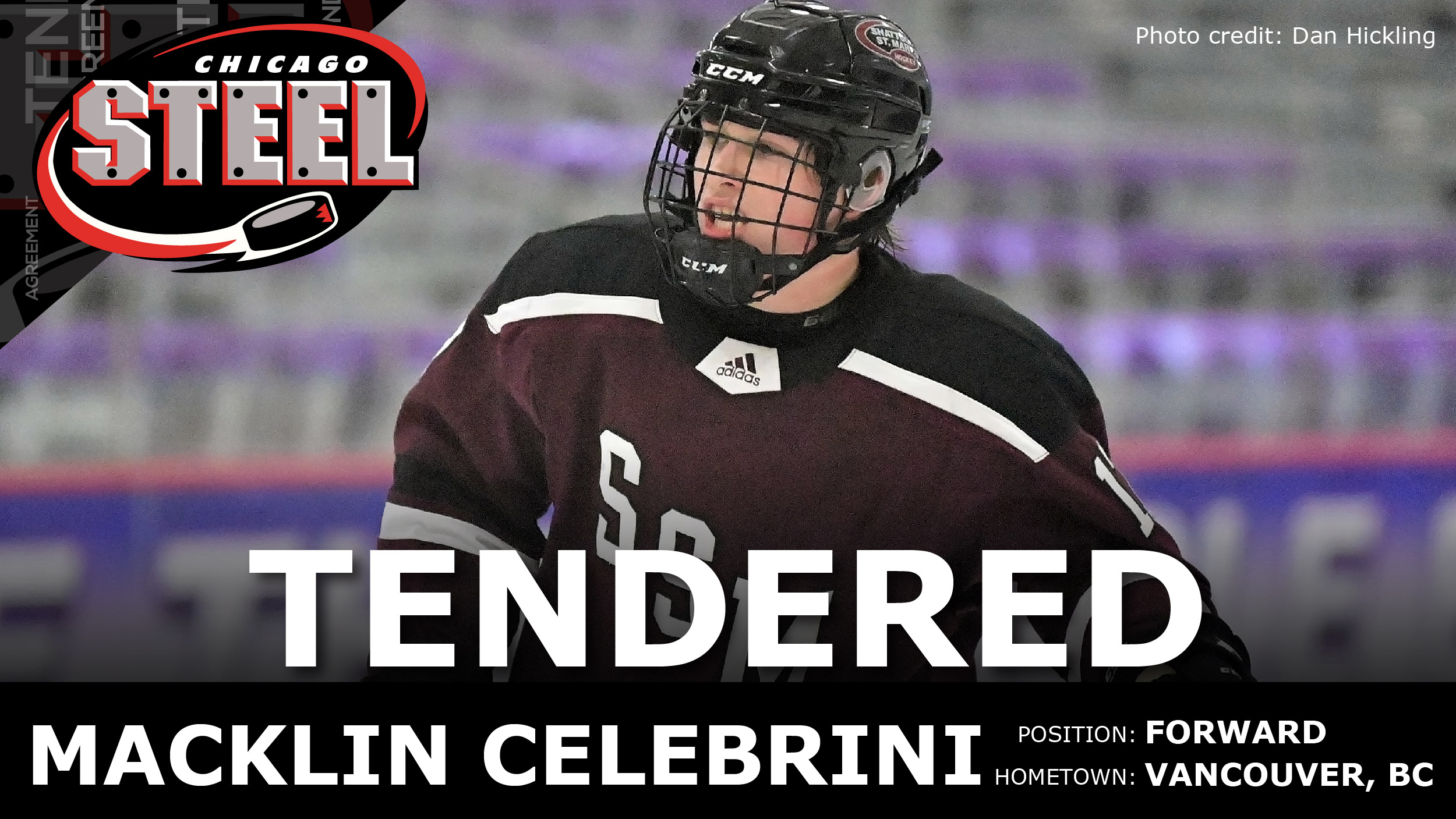 GENEVA, ILLINOIS — The Chicago Steel announced Wednesday the signing of forward Macklin Celebrini of Shattuck St. Mary’s Prep to a USHL tender agreement for the 2022-2023 season.

“We’re beyond excited to have Macklin join the Steel next season,” said Steel General Manager Mike Garman. “He’s a natural leader with the way he plays and relentlessly competes every shift he’s on the ice. Matching his work ethic, Macklin has elite hockey sense that allows him to continuously create high quality chances for himself and his teammates.

“Macklin had an exceptional season at Shattuck St. Mary’s Prep under Tom Ward, and we’re honored and grateful to the Celebrini family for entrusting us to further Macklin’s development.  Macklin exemplifies our Steel values as both a player and a person, and we can’t wait to get him in a Steel uniform this fall.”

“I’m very excited to continue my development with the Steel,” said Celebrini.  “It’s an amazing opportunity. They have great coaches and support staff within their organization. How they develop their players individually and as a team is something I can’t wait to be a part of. I am also really excited to join a winning culture, and hopefully contribute to another Clark Cup.”

Now in its 11th year, the USHL tender process allows teams to sign up to two 2006 birth year players prior to the 2022 USHL Phase I Draft, which is scheduled to take place in May.

Celebrini is the fifth player to be tendered by Chicago after the team signed forward Robert Mastrosimone in 2017, defenseman Ryan Ufko in 2019, defenseman Jake Livanavage and forward Adam Fantilli in 2020 and forward Jayden Perron in 2021.

Celebrini’s signing will take the place of Chicago’s first-round pick in the 2022 USHL Phase I Draft. Should the Steel choose to tender a second player, that signing would take the place of a second-round selection in the USHL Phase I Draft. Tendered players are required to play in 55 percent of a team’s games during the regular season, notwithstanding injury, illness or suspension.

The Steel are currently in first place in the Eastern Conference with five games remaining in the regular season.  Chicago will play its final regular season home game on Friday, April 22 on Fan Appreciation Night presented by Smithfield.  The Clark Cup Playoffs begin April 25, and the Steel have clinched a First Round bye.