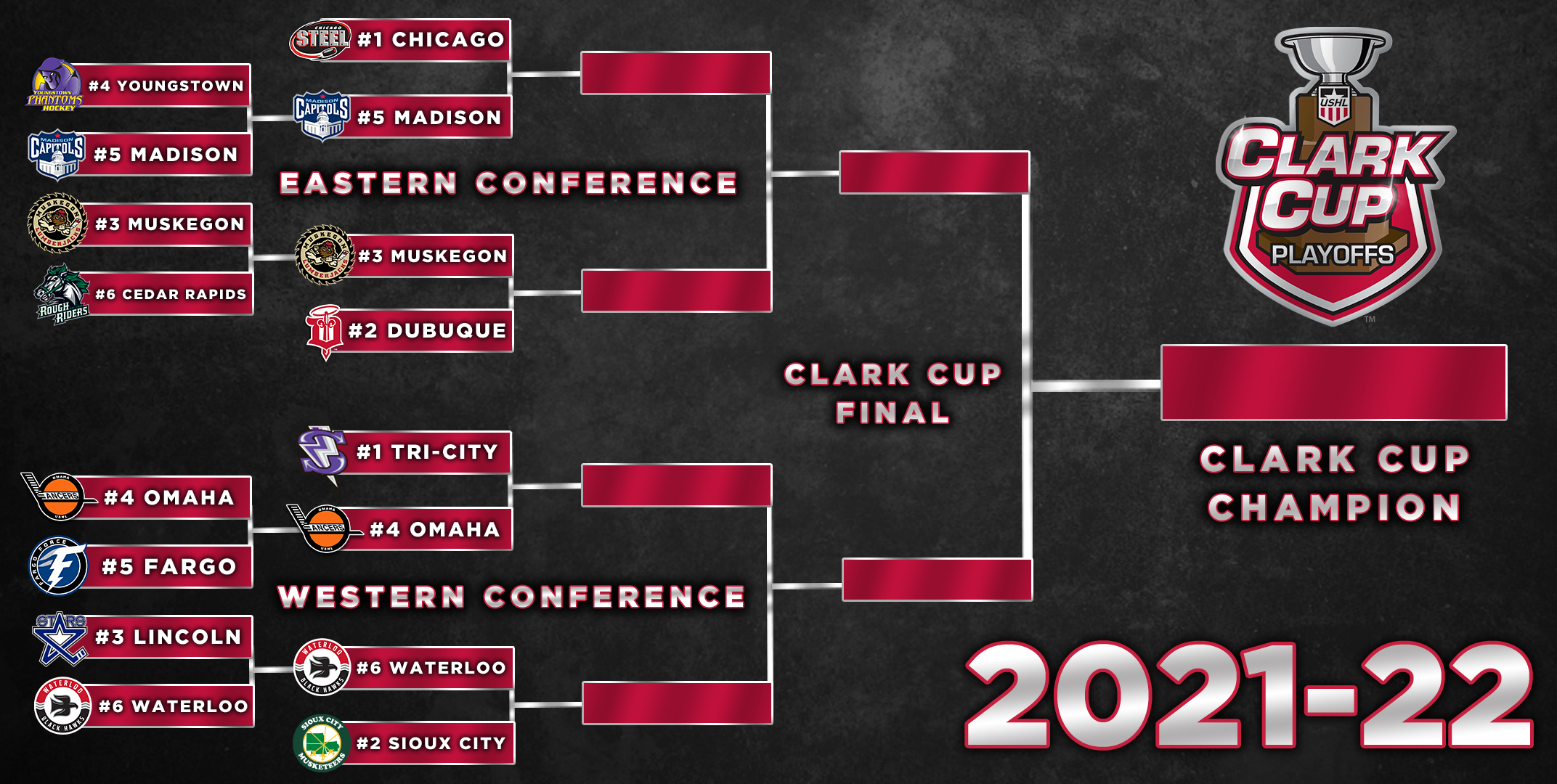 The United States Hockey League (USHL) announced Tuesday the Conference Semifinals matchups for the 2022 Clark Cup Playoffs after the conclusion of the First Round.

In the Eastern Conference, the defending Clark Cup Champion Chicago Steel will host the #5-seed Madison Capitols and the second-seeded Dubuque Fighting Saints play host to the #3-seed Muskegon Lumberjacks.

Conference Semifinals winners will square off in each conference’s Conference Final matchup to determine who will play in the 2022 Clark Cup Final. Each series is scheduled for a best-of-five series.