Conference Champions to be Determined in Five-Game Series 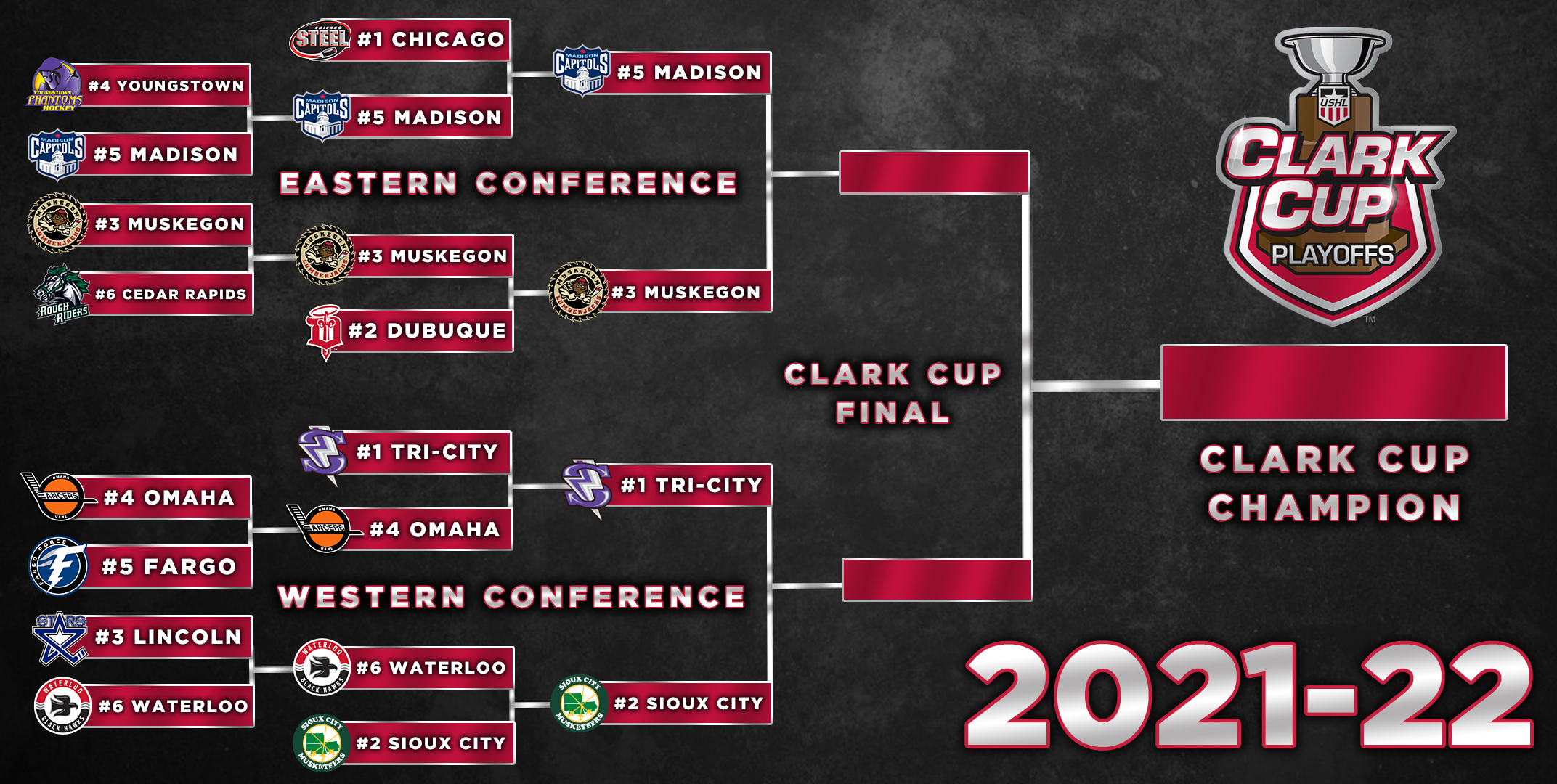 The Anderson Cup-winning Tri-City Storm defeated the #4 seed Omaha Lancers in a two-game sweep of their Western Conference Semifinals matchup to secure their spot in the Western Conference Final. They'll welcome the #2 seed Sioux City Musketeers who bested the #6 seed Waterloo Black Hawks in a three-game series.

The Conference Champions will then square off in the 2022 Clark Cup Final.