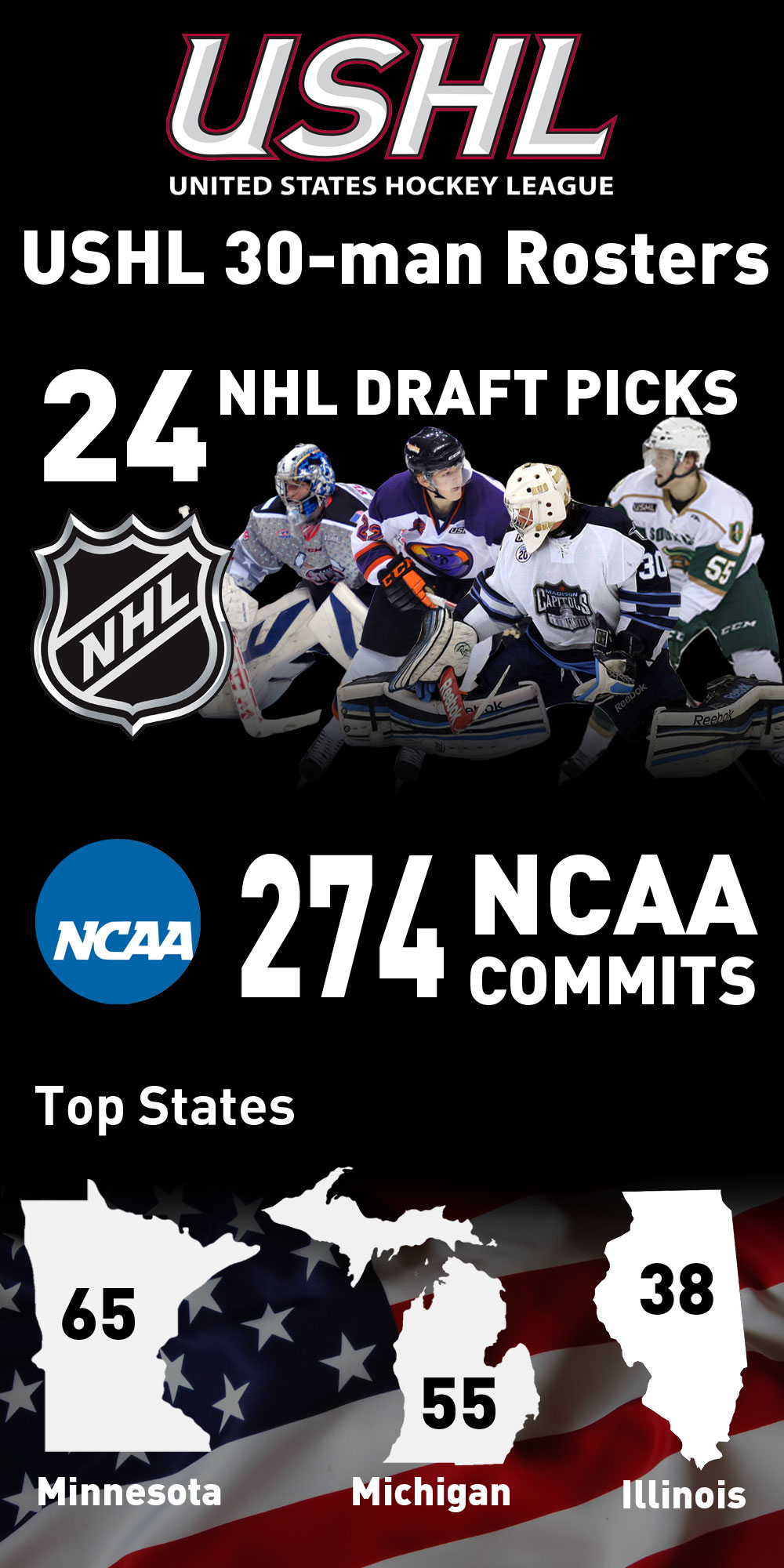 The United States Hockey League announced today the 30-man protected list and affiliate for its member clubs. The lists indicate players that have been invited by USHL teams, but not all players invited to pre-season camps are included. The final 23-man rosters will be submitted to the league office, as well as USA Hockey by September 21, 2015.

24 NHL Draft picks and 274 NCAA committed players are featured on the league-wide 30-man protected list. The state of Minnesota had the most players listed by hometown with 65 players listed, followed by Michigan (55) and Illinois (38).