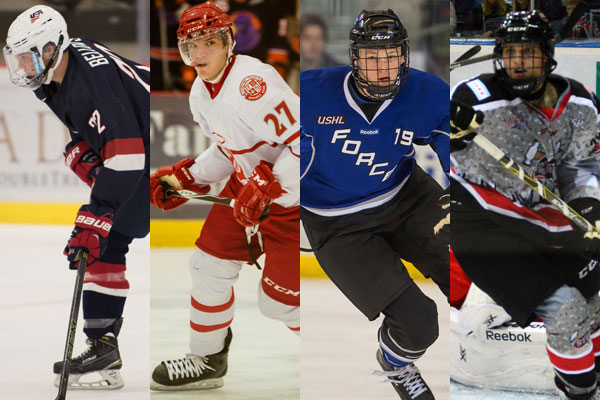 The USHL had 54 players currently on 23-man rosters, in addition to 11 USHL alumni, six of which are playing college hockey. 50 of the 54 players have NCAA Division I college commitments. The 54 players tied the Ontario Hockey League for most players listed by any junior league in the world. The news comes after a record-breaking 2015 NHL Draft in which no junior league in the world had more draft picks than the 37 USHL players selected, in addition to 10 USHL alumni.