20 USHL players, headlined by four NHL Draft picks, were named by USA Hockey to the U.S. Select Team that will compete in the World Junior A Challenge. 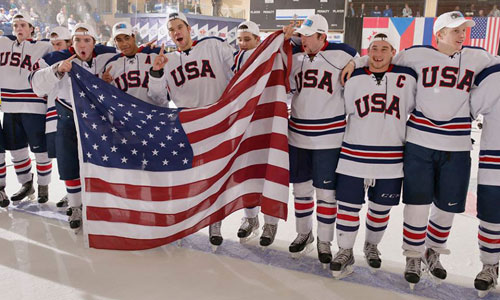 USA Hockey announced today the roster of players chosen for the U.S. Junior Select Team that will compete at the 2015 World Junior A Challenge from December 13-19th in Whitby, Ontario. All 20 players selected are currently playing in the USHL.

It is the tenth year of the World Junior A Challenge and ninth time that the United States will send a team to the Under-20 event. The United States, annually made up of players from the USHL, has earned a medal in each of the previous eight tournaments, including winning gold six times (2014, 2013, 2012, 2010, 2009, 2008). They have won 30 of the 35 games they have played in the event, and are currently on a 13-game win streak.

USA Hockey noted that an additional defenseman and goaltender would be added to the current roster of 13 forwards, six defensemen and one goaltender in the near future.