Finnish defenseman Kasper Kotkansalo made a big impact at USA Hockey's NJEC, and is looking forward to playing in Sioux Falls this season. 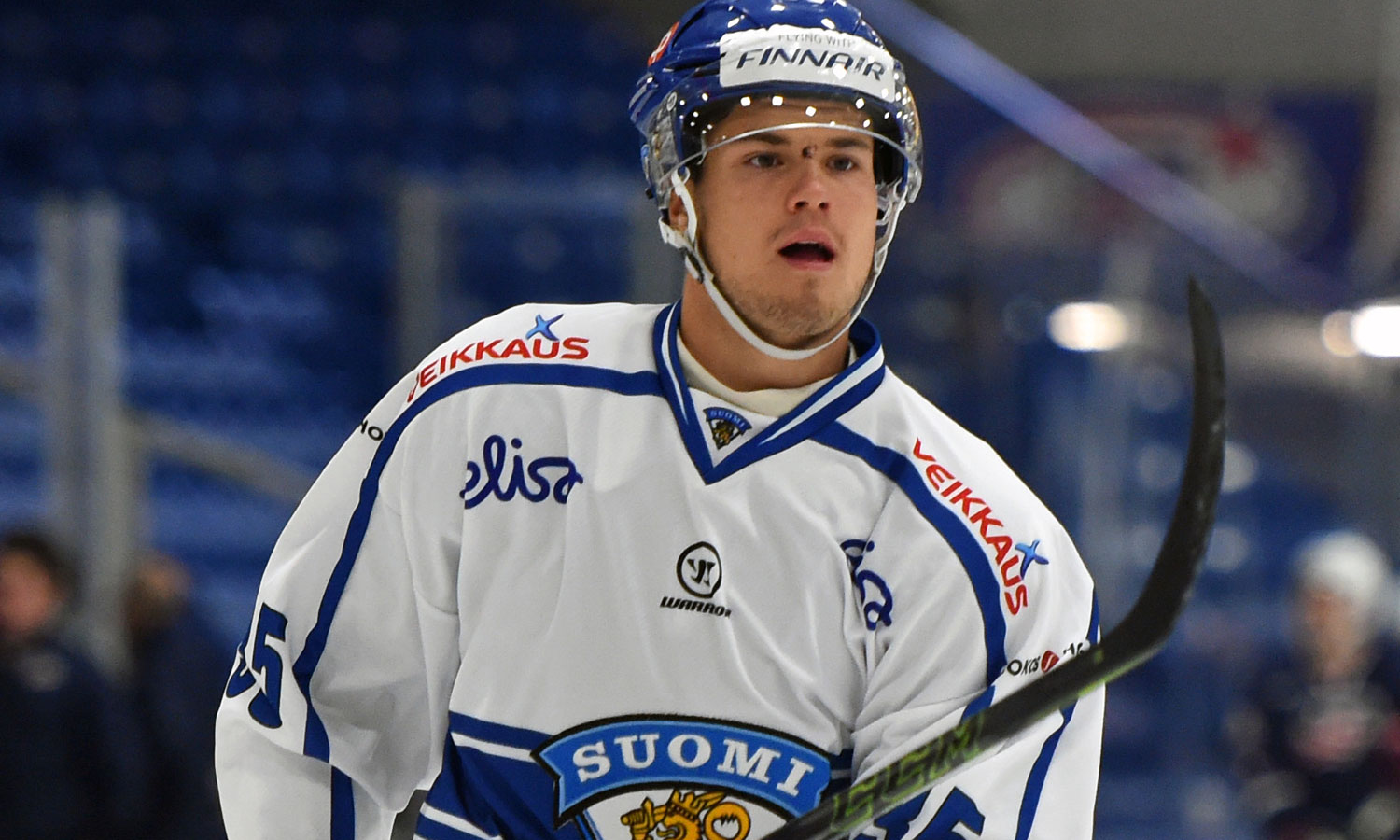 Much has been made of the two Team Finland forwards playing for the Sioux City Musketeers, but there is a third teammate that could make a big splash in the USHL next season. Hard-hitting Sioux Falls Stampede defensive prospect Kasper Kotkansalo left his mark, literally, while playing for Team Finland at USA Hockey’s National Junior Evaluation Camp last week.

Kotkansalo, who stands six feet two inches tall and weighs 190 pounds, is well-versed in playing internationally against USHL competition. He represented his native Finland last season at both the U18 World Junior Championship and the Ivan Hlinka Memorial Tournament. This will be his first season playing in the League, and he says he’s looking forward to the opportunity.

“I’m pretty excited to go to Sioux Falls, I’ve heard that they have the best fans in the league, a great rink, and the reason I went there is because I heard good stuff about coach (Scott) Owens. So that’s why I went there.”

A big reason players gravitate to the USHL is for the ability to stay eligible to play college hockey. Over 95% of USHL players get an opportunity to play Division 1 college hockey, and Kotkansalo says that’s the main reason he’s choosing to come play in the top junior league in the United States.

“The reason why I’m going there is because you prepare to go to play college hockey,” said Kotkansalo. “I know it’s a very tough league. It’s definitely a better league than in Finland, and that’s why I’m going there, to get tough games.”

Moving to the USHL will be a big adjustment for the Finnish defenseman. He’ll have to get adjusted to the North American style of play as well as the smaller ice rinks compared to the Euro rinks he grew up on. Kotkansalo believes his shutdown style of defense and offensive upside will allow him to make the adjustment to the smaller ice surface quickly.

Kotkansalo, a native of Finland’s capital Helsinki, is a top prospect for the 2017 NHL Draft. The USHL players that are considered top NHL prospects will all converge on Sioux Falls, the city Kotkonsalo will be spending his time this season, for the 2017 USHL/NHL Top Prospects Game at the Denny Sanford PREMIER Center. He is excited for the possibility to be chosen to participate in the game, and says having a “home-ice advantage” would be thrilling.

“Yeah, obviously if I get picked there, I think it’s an advantage. I’m very excited.”

This is a big year on many fronts for Kotkansalo. It’s his first year playing in North America, he is eligible for the upcoming NHL Draft, and he’s trying to make Finland’s team for the World Junior Championship. Despite those many challenges, he is focused and has some very specific goals regarding the 2016-17 season.

“To me, I would like to get to the World Juniors, and then play as good as possible, and reach the playoffs as long as possible in Sioux Falls.”

And as far as the rivalry between Sioux Falls and Sioux City, where his two Finnish teammates will be playing, Kotkansalo looks forward to facing competition he knows well.

“We just watched for our schedule. I think we have eight games against Sioux City. Eeli Tolvanen and Aapeli Rasanaen are going there, and we have played together a lot on this team. So very, very exciting.”