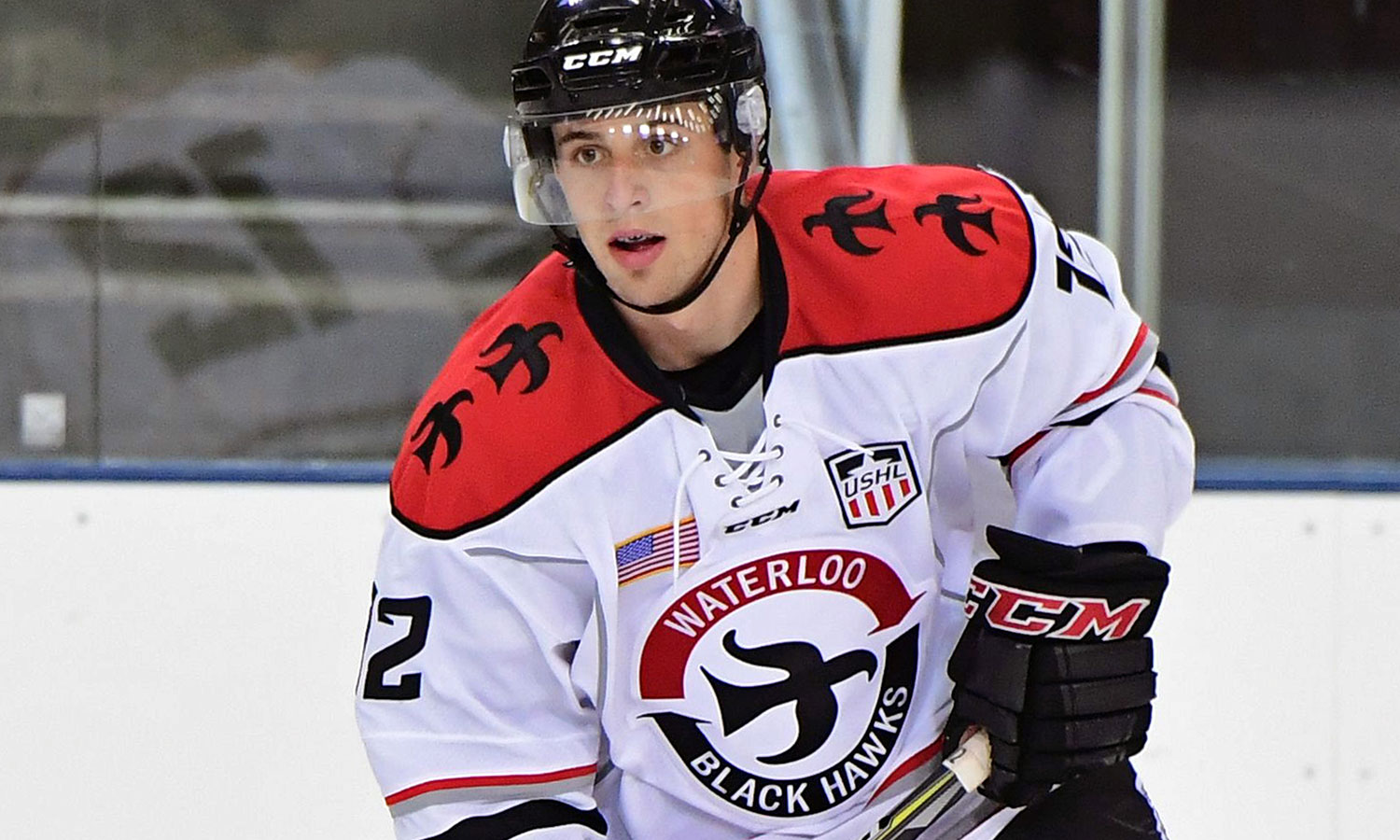 Spending his first full season in Waterloo, the 17-year-old from Edina, MN has appeared in six games for the Black Hawks.  In early action, Copeland has one assist and a +1 rating. Copeland played seven games as an affiliate with Waterloo last season.

Proud to announce my commitment to play college hockey at Colorado College! Thank you to everyone that has helped me along the way. #Tigers

Copeland is a well-regarded prospect for the 2017 NHL Draft.  Last month, NHL Central Scouting graded him as a “C” skater, indicating that he might be a candidate for selection in the fourth through sixth rounds of picks next summer, based on early viewings.

Copeland is one of 13 Hawks committed to an NCAA Division I school. The forward was selected in the 2015 USHL Phase I Draft by Waterloo in the 2nd round, 32nd overall.