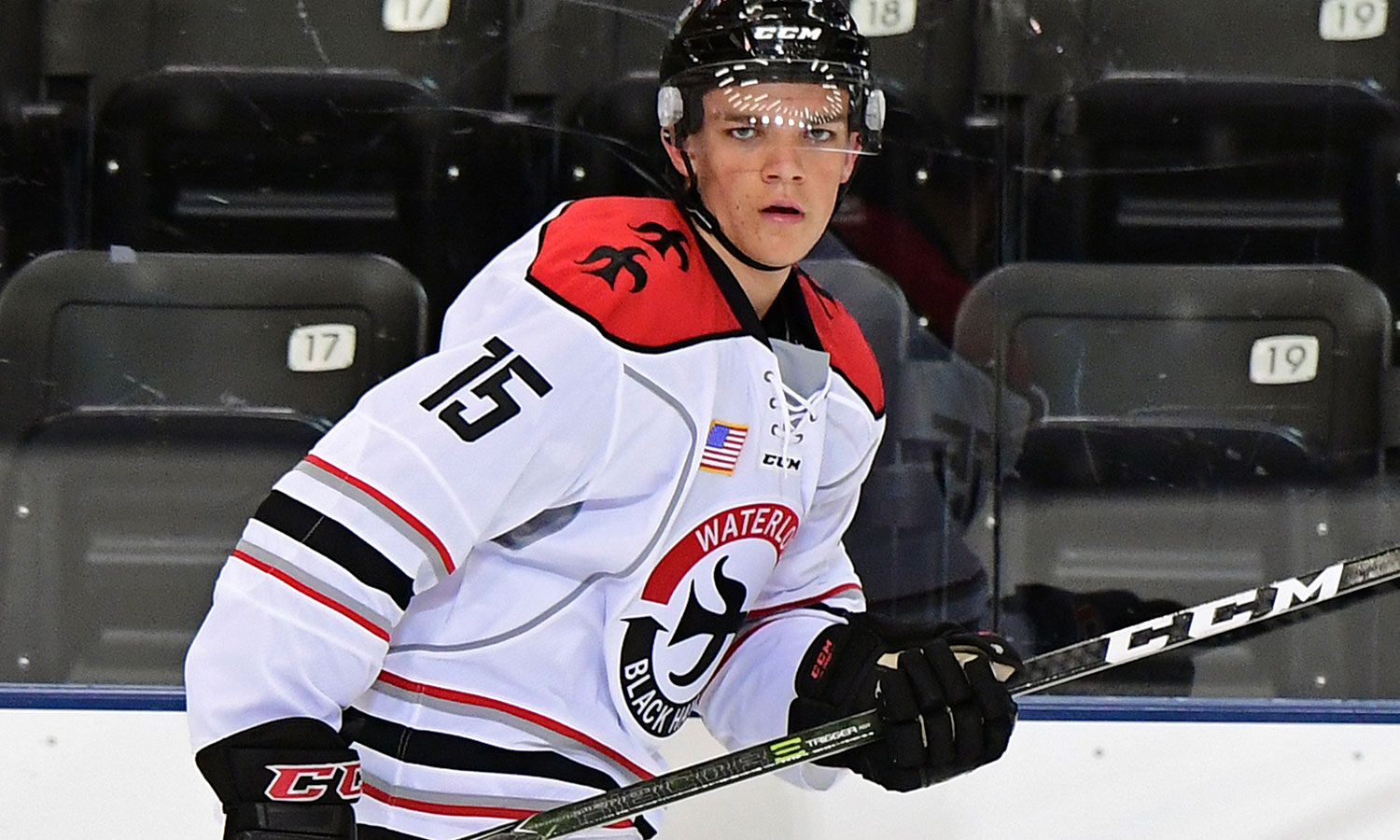 A little more than a season after coming to Waterloo from Halifax, Nova Scotia, with aspirations to play college hockey in the United States, Shane Bowers has selected Boston University as his post-Black Hawks destination.

The 2017 National Hockey League Draft prospect chose the Terriers on Thursday on the eve of a home-and-home weekend series between the first place Black Hawks and their Highway 20 rivals, the Dubuque Fighting Saints.

Bowers has been one of the contributors helping Waterloo to a lead in the USHL Western Conference.  Through 11 games, he is tied as the Hawks’ leading scorer with 12 points (6G, 6A). Bowers recorded consecutive game-winning goals (one in overtime) on October 14th and 15th against the Sioux City Musketeers and Sioux Falls Stampede respectively while Waterloo was in the midst of a six-game winning streak.

A strong 2015-16 rookie season lifted Bowers into the NHL Draft conversation.  Named to the league’s Second Team All-Rookie squad last spring, the forward accumulated 15 goals and 18 assists in 33 games.  Earlier this month, Bowers was graded as an “A” prospect for the NHL Draft next June by NHL Central Scouting.  He also represented Canada in August during the Ivan Hlinka Memorial Tournament in Czech Republic and Slovakia.

Boston University’s hockey history dates back almost 100 years to 1917.  The last player to skate for BU after at least one full season in Waterloo was Peter MacArthur from 2004-05 to 2007-08.

With Bowers’ choice, 14 current Waterloo players have made Division I college commitments.