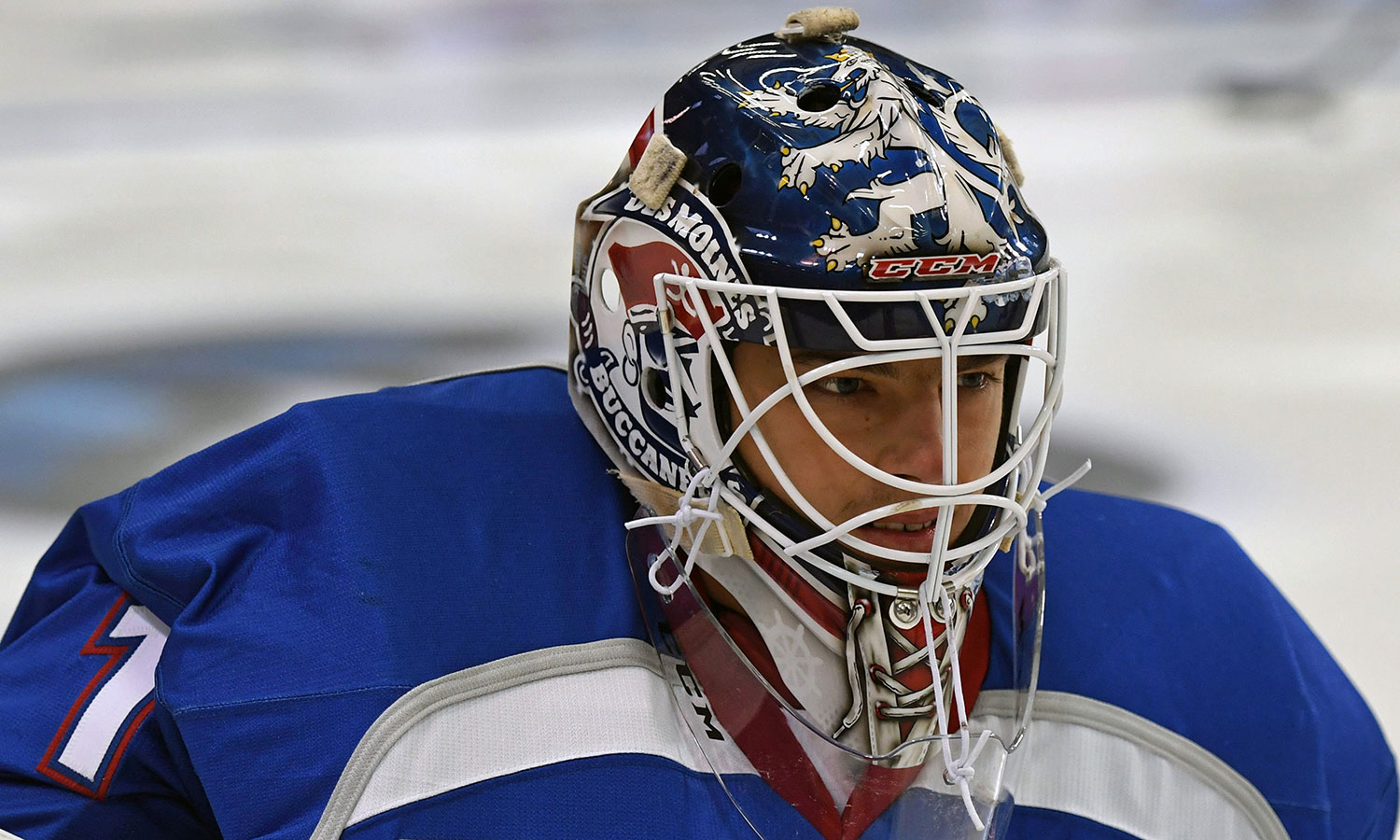 The Force jumped out to a 3-0 lead midway through the second period and never looked back as they knocked off the RoughRiders 5-2 in Cedar Rapids. Hank Crone picked up his ninth goal of the season midway through the first to give Fargo a 1-0 lead through 20 minutes. Cody Haiskanen and Christiano Versich scored 46 seconds apart in the second to build the lead to 3-0 after two periods. Versich is now on a five-game point streak, with a goal and five assists during that stretch. Crone and Michael Graham found the back of the net in the final frame for Fargo, while Benjamin Foley and Justin Cole scored for the RoughRiders in the third. Odeen Tufto and Jack Adams dished out three assists each, and Adams now has registered at least one point in 13 of his last 14 games. He leads all USHL players with 34 points (18G, 16A) in 22 games, seven points clear of second place. Ryan Bischel made 17 saves in the win that kept the Force in a tie for second place in the Western Conference.

In a battle of top-three Eastern Conference rivals, the Chicago Steel edged the Dubuque Fighting Saints 6-5 at the Mystique Ice Center. Chicago jumped out to a 2-0 lead through one period of play thanks to goals from Jake Jaremko and Johnny Walker. Arizona State commit Patrick Kudla cut the Steel lead in half at 13:24 of the second, but Tyler Gratton scored 25 seconds later to regain the Steel's two-goal advantage. Chicago captain Marc Johnstone found the back of the net with just six seconds remaining in the frame to make it 4-1 heading into the final 20 minutes. After Gratton scored his second of the game to stretch the lead to 5-1, a goal from Quinn Preston and two from Cole Guttman made it a 5-4 game midway through the third period. Matt Kiersted responded for Chicago to once again give the Steel a two-goal lead at 6-4. Preston scored with just 1:34 left to cut the lead to 6-5, but Chicago was able to hold on for the final 94 seconds to pick up the road victory. Nine players tallied multiple points in the game, and Ales Stezka stopped 24 of the 29 shots he faced to move to 10-3-0-2 on the season. Chicago remains atop the USHL standings with 41 points (19-5-1-2).

In a tight-checking, defensive battle, the only goals in the game were scored in the shootout as the Buccaneers defeated the Gamblers 1-0. Both teams certainly had plenty of chances to find the back of the net in both regulation and overtime, as Des Moines had 26 shots, while Green Bay put up 32 shots. Both teams were also 0/5 on the power play. Tommy Parrottino and David Keefer scored the only goals in the shootout to give Des Moines the win. Gamblers goaltender Maksim Zhukov stopped all 26 shots he faced in regulation and overtime for the first shutout of his USHL career, while Des Moines' Jan Ruzicka made all 32 saves through 67 minutes and stopped all three attempts in the shootout for his third shutout of the season. The Buccaneers are now in a four-way tie for second place in the Western Conference with 31 points (14-8-1-2).

Tri-City snapped Lincoln's six-game winning streak with a 4-1 victory at the Ice Box. Ethen Frank scored the only goal of the first period with just seven seconds remaining in the frame to put the Stars up 1-0 through 20 minutes of play. The Storm would respond with two goals in both the second and third periods. Danny DiGrande and Linus Weissbach each scored their sixth goals of the season in the middle frame, while Adam Goodsir and Paul Washe, both of whom were named to the USHL/NHL Top Prospects Game, found the back of the net in the final 20 minutes of play. Wyllum Deveaux and Montgomery Graham added assists for Tri-City, and Dayton Rasmussen, fresh off a gold medal at the World Junior A Challenge, stopped 37 of the 38 shots he faced for his eighth victory of the season.

Madison scored four answered goals to defeat Omaha 4-1 at Alliant Energy Center. The Lancers' Joe Berg opened the scoring 13:36 into the opening period. It was the Plano, TX native's first goal of his USHL career. Eugene Fadyeyev found the back of the net with just 19 seconds remaining in the period to tie the game heading into the second period. Kevin O'Neil dished out his 12th assist of the season on Fadyeyev's tally and now sports a five-game point streak, with 10 points (4G, 6A) in those contests. Kamil Sadlocha scored with just over a minute to go in the middle frame to give Madison a 2-1 lead heading into the third period. In the final 20 minutes, Sadlocha and Verners Egle completed the scoring for the Capitols. Egle's goal was the first of his USHL career. Noah Weber and Mick Messner both picked up two assists, and Dryden McKay was spectacular, stopping 41 of the 42 shots he faced to move to 8-5-0-1 on the season.