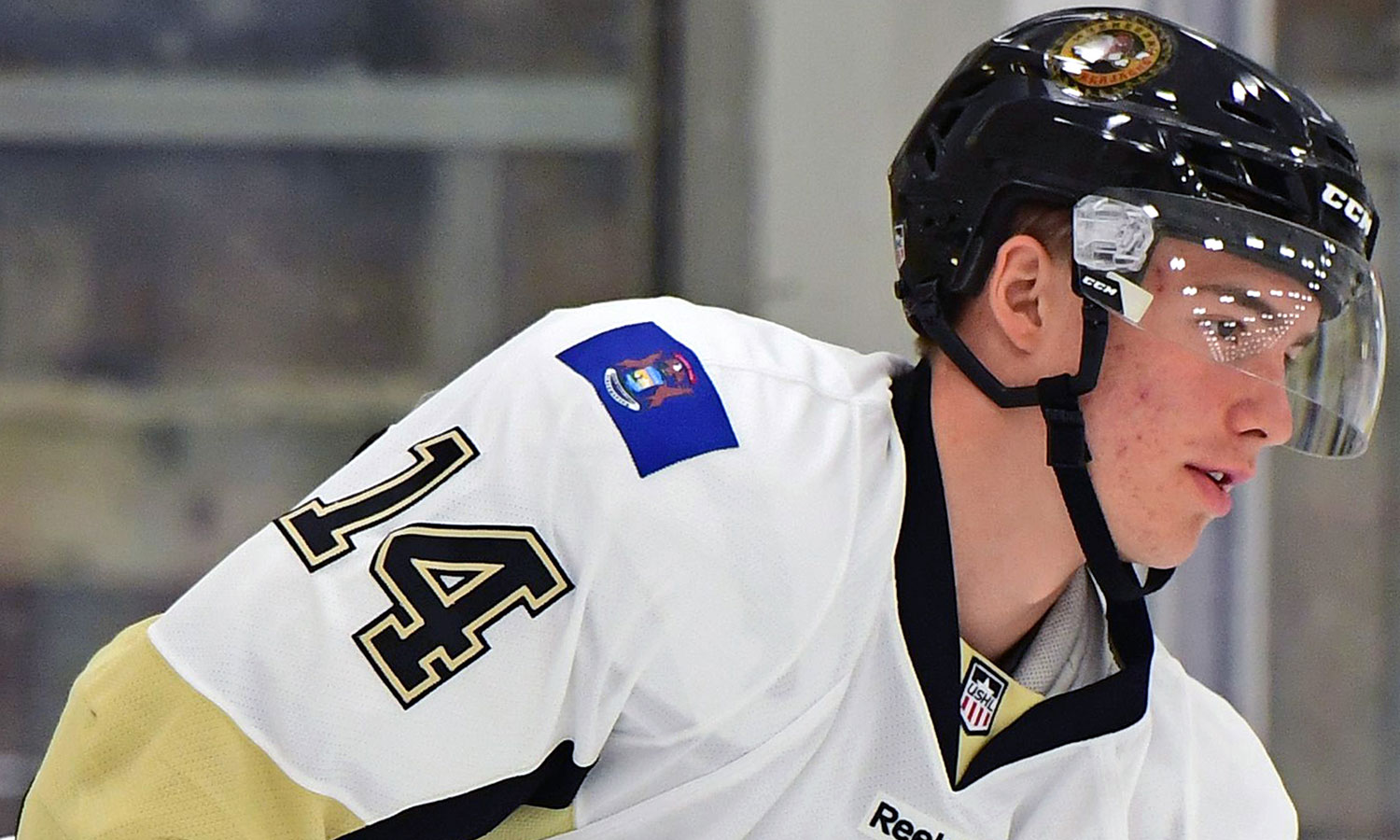 The United States Hockey league announced today that Muskegon Lumberjacks forward Andrei Svechnikov has been named the 2017 USHL Rookie of the Year as determined by a vote of League general managers. The Madison Capitols abstained from nominations and final voting this season.

Svechnikov played in 48 games with Muskegon this season, scoring an impressive 29 goals and 58 points in that span, both of which led the team. The 2000-birth year rookie finished sixth in USHL scoring. Svechnikov led all rookies with 29 goals and 58 points, and ranked second with 29 assists. The Lumberjacks forward’s seven game-winning goals and +29 rating were both ranked second among all players in the USHL.

In total, Svechnikov recorded 17 multi-point games and had point streaks of 13 games, five games, four games and three games. The Barnaul, Russia native won USHL Forward of the Week twice this season. His 13-game point streak was the third longest recorded in the USHL this year.

In addition to USHL play, Svechnikov also competed for Team Russia internationally including a World Junior A Challenge performance that earned him tournament MVP honors, in addition to a tournament all-star nomination.

Svechnikov was acquired by the Muskegon Lumberjacks via a tender prior to the 2016 USHL Phase I Draft, and is eligible for the 2018 NHL Draft. He is the first player to win USHL Rookie of the Year while starting the season as a 16-year-old since Kieffer Bellows (Sioux Falls Stampede) in 2015. Prior to joining the USHL, Svechnikov played for Ak Bars Kazan in Russia.

Svechnikov is the first Lumberjacks player to win USHL Rookie of the Year since the member club joined the USHL prior to the 2010-11 season.