Dubuque Fighting Saints forward Zach Solow was named USHL Forward of the Year after leading the league in scoring. 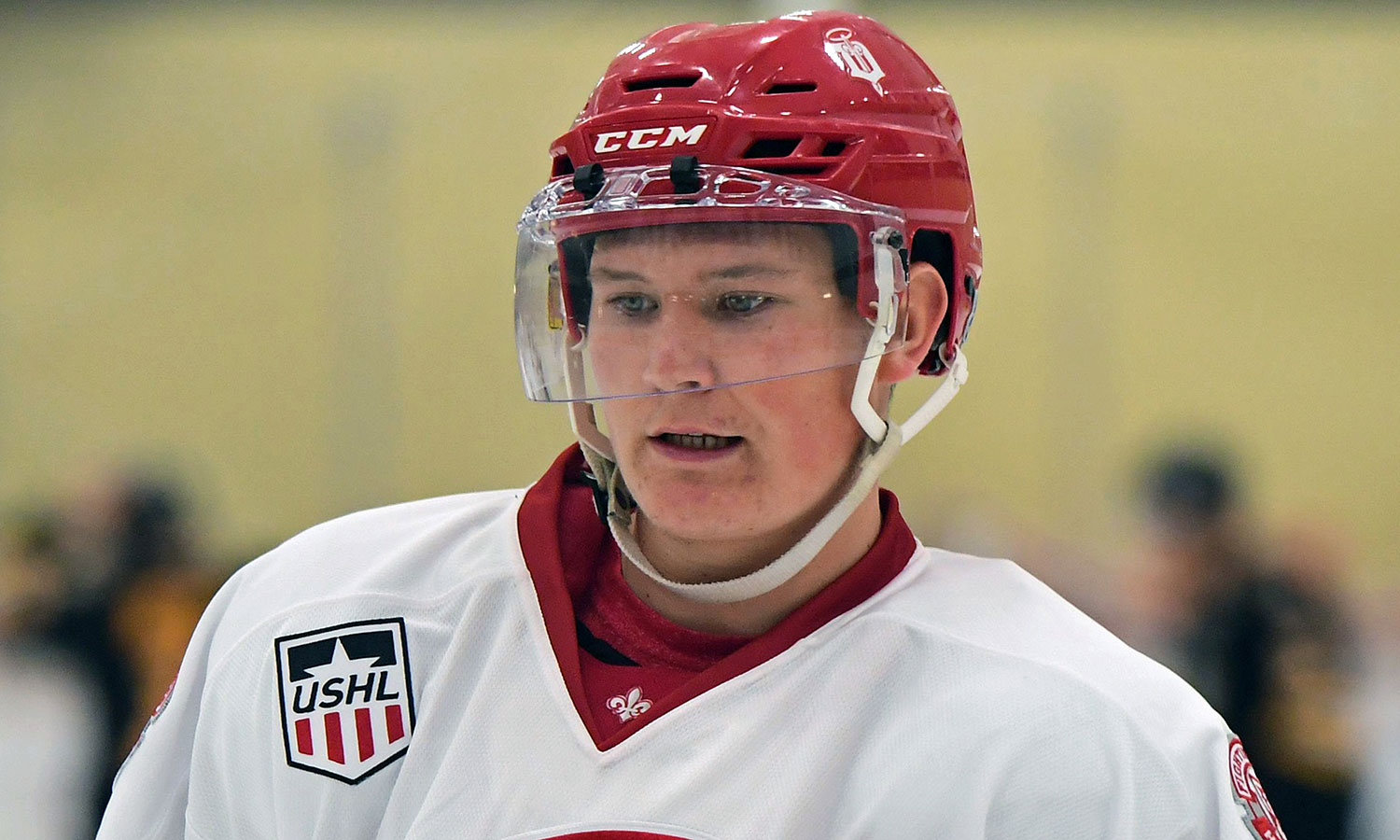 The United States Hockey League announced today that Zach Solow of the Dubuque Fighting Saints has been named the 2017 USHL Forward of the Year as determined by a vote of League general managers. The Madison Capitols abstained from nominations and final voting this season.

Solow was named to the U.S. Junior Select Team for the World Junior A Challenge on Nov. 22 and helped Team USA to a gold medal in that tournament, tallying four points (2G, 2A) in five games, including a three-point performance (1G, 2A) in Team USA’s 9-0 shutout of Switzerland on Dec. 14. He was also named to Team East for the 2017 USHL/NHL Top Prospects Game and was named USHL Forward of the Week on Jan. 16 following a four-assist weekend.

Solow is committed to Northeastern University and was recently ranked as the 183rd North American skater according to NHL Central Scouting's Final Rankings, and is eligible for the 2017 NHL Draft in Chicago, IL. He was selected in the 15th round, 242nd overall by Dubuque in the 2014 USHL Phase II Draft and previously played for Janesville Jets (NAHL), Dells Ducks (NAHL) and St. Louis AAA Blues (T1EHL).