Green Bay Gamblers defenseman Connor Mackey was named USHL Defenseman of the Year after leading all USHL defensemen in scoring. 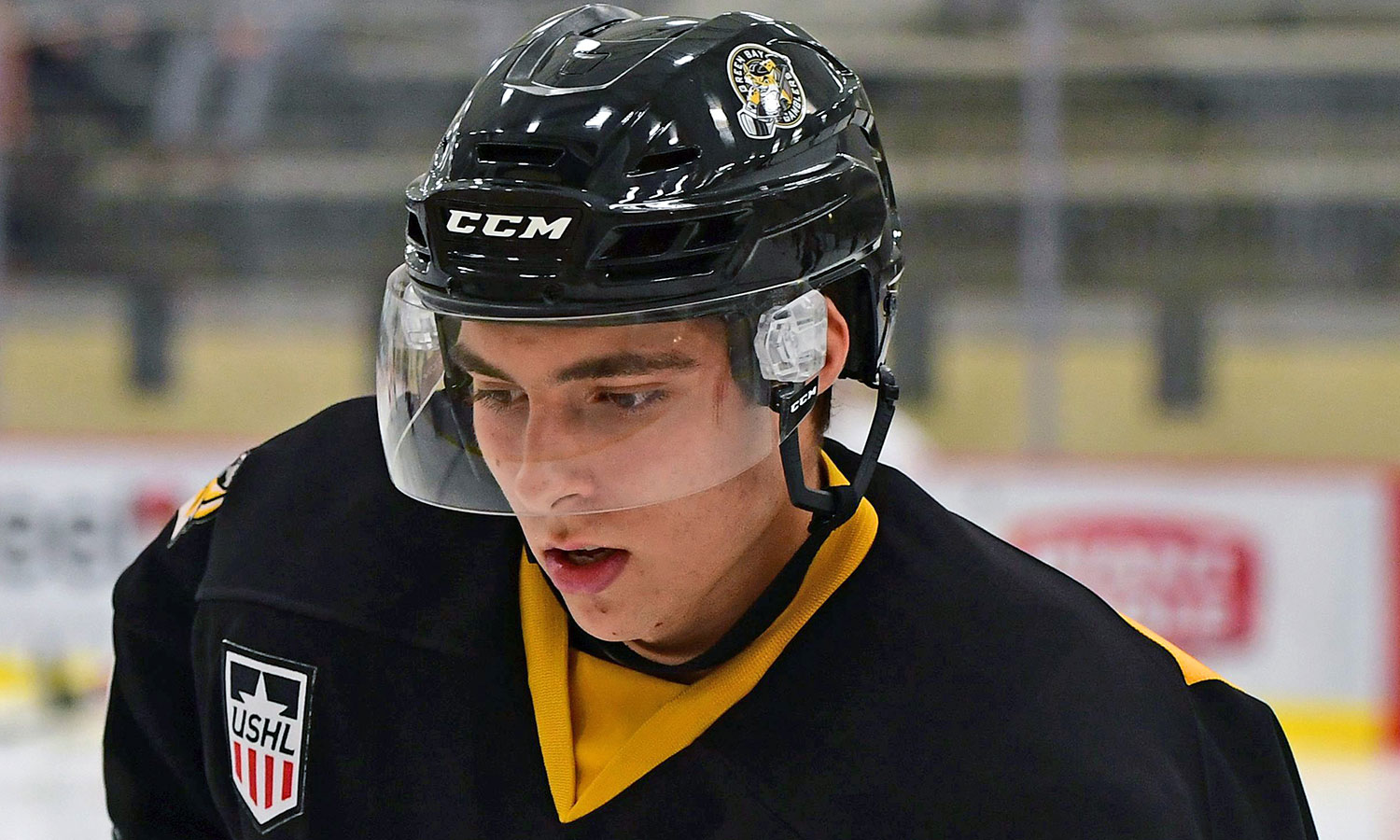 The United States Hockey League announced today that Green Bay Gamblers defenseman Connor Mackey has been named 2017 USHL Defenseman of the Year as determined by a vote of League general managers. The Madison Capitols abstained from nominations and final voting this season.

Mackey played in all 60 games for the Gamblers during the 2016-17 season, amassing 47 points (6G, 41A). His 47 points led all defenseman and were 16th among all USHL players. Mackey led all blueliners and was third in the USHL with his 41 assists, and was the only defenseman to finish in the top-20 in USHL scoring.

Mackey tallied multiple points 15 times this season, including three consecutive multi-point performances from Oct. 29 to Nov. 5. Mackey had a five-game point streak from Oct. 20 through Nov. 5 and a four-game point streak from Dec. 9 through December 17, with three two-point games in that span. Mackey put up a four-game point streak over the course of the season from Jan. 27 through Feb. 4, with eight assists in four games, and also had a pair of three-game point streaks (Feb. 25 to March 4 and March 17 to March 19). He dished out multiple assists 11 times, including a four-assist game in a 5-2 win over the Bloomington Thunder on Jan 27. Mackey led all USHL players with 30 power-play assists and 34 power-play points, and his four goals on the man advantage were the third-most in the league among defensemen.

2016-17 marks Mackey's second season in the USHL. In 89 career USHL games, the Barrington, IL native has 49 points (7G, 42A). Mackey was selected in the 13th round, 197th overall by the Green Bay Gamblers in the 2015 USHL Phase II Draft. Prior to his time in Green Bay, Mackey spent time with Team Illinois (HPHL) and Barrington High (USHS). Mackey is committed to play his college hockey at Minnesota State University, Mankato following his USHL career.