Missouri native in his his first USHL season. 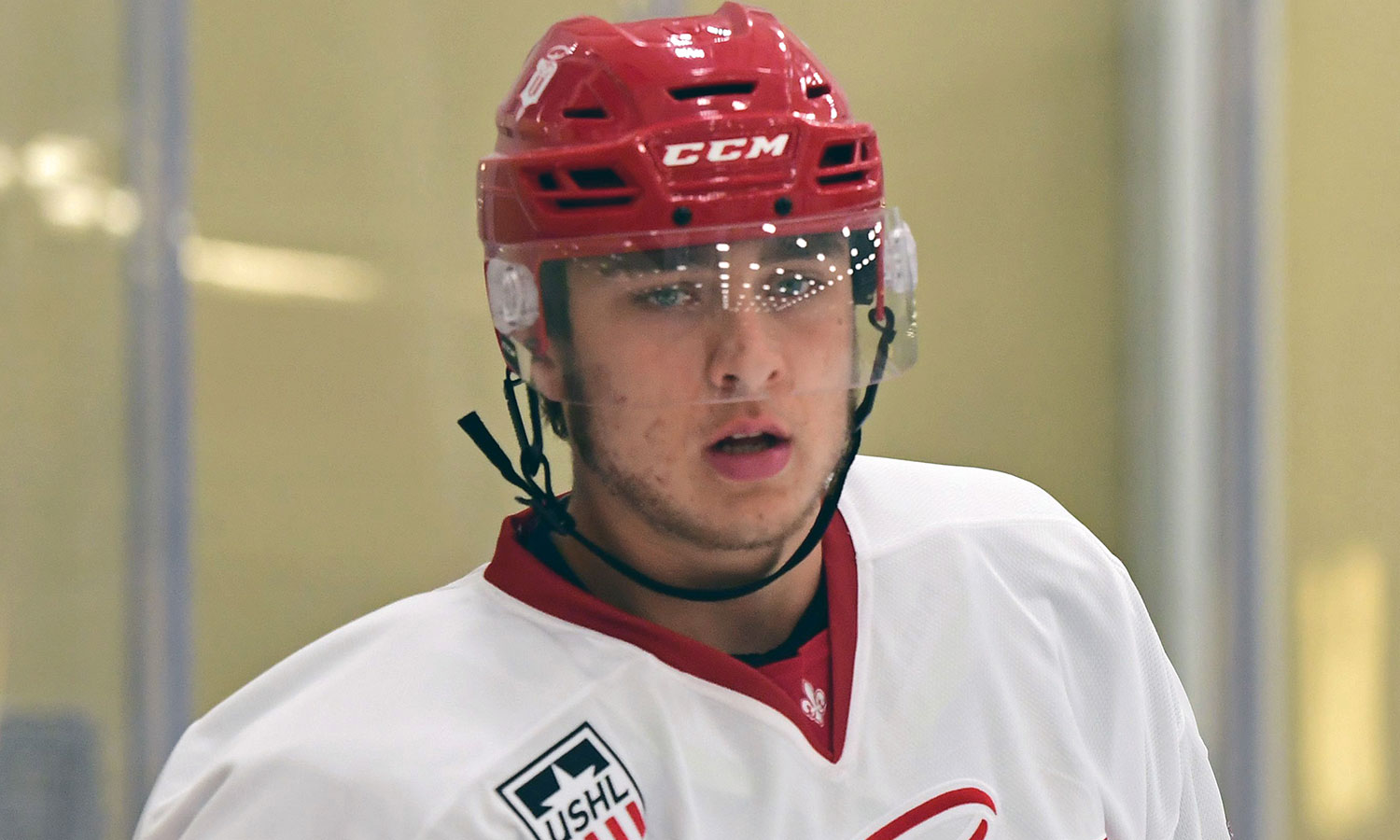 “It’s a big weight off of my shoulders,” Rueschhoff said. “I wanted to get a scholarship for me and my family. I’m excited to commit to Western Michigan.”

Rueschhoff, a native of Wentzville, MO, is in his first season with the Fighting Saints and recorded 27 points (17G, 10A) in the regular season. He has also started his postseason career off well, with three points (2G, 1A) in in two playoff games thus far against the Muskegon Lumberjacks.

Rueschhoff says his size is the biggest thing that should make him successful at the next level.

“[Head coach Andy Murray] wanted a guy who was bigger. He thinks that with me there, I can help their game down low in the offensive zone,” Rueschhoff said. “Murray is similar to coach [Jason] Lammers. They want to produce NHL players at Western Michigan. That’s their main goal. That’s what really intrigued me.”

“We are very excited to see the continual growth in Austin’s game throughout the season, and that he has committed to Western Michigan,” Lammers said. “He has shown a dedication to being a better 200-foot player who can play in all situations. His growth here should propel him to a great career at the next level.”

Rueschhoff is the first current Fighting Saints player to commit to Western Michigan. He was a sixth round pick, 93rd overall by Dubuque in the 2016 USHL Phase II Draft and previously played for the Omaha Lancers (USHL), Austin Bruins (NAHL), Minnesota Magicians (NAHL), Janesville Jets (NAHL), Iowa AAA Elite U18 (ECEL) and St. Louis Selects (NAPHL). With his announcement, Rueschhoff becomes the 22nd player to have played for Dubuque this season to commit to a Division I school.