Dates and times announced for the 2017 Clark Cup Final. 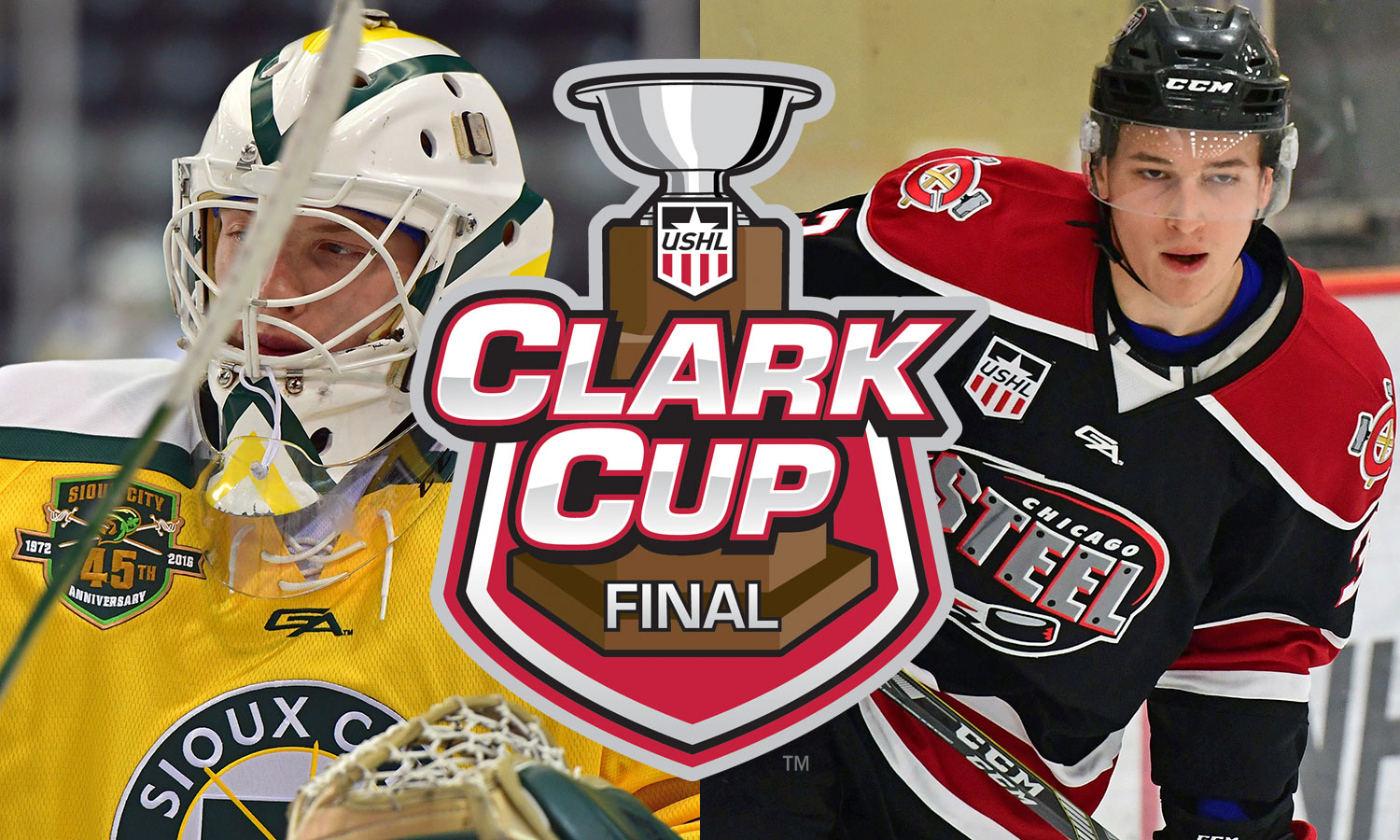 The United States Hockey League and its member clubs announced today the dates and times for the 2017 Clark Cup Final. The Sioux City Musketeers and Chicago Steel will square off in a best-of-five series to determine the 2017 Clark Cup Champion.

Sioux City swept Des Moines in their Western Conference Semifinal series before knocking off Waterloo 8-3 in Game 5 of the Western Conference Final on Tuesday night to reach the Clark Cup Final for the first time since 2005. Chicago defeated Youngstown in five games to advance to the Eastern Conference Final, where they took down the defending Eastern Conference champion Dubuque Fighting Saints in four games to advance to the first Clark Cup Final in team history. The Musketeers are looking to capture their first Clark Cup since 2002, while the Steel are trying to win their first title in team history. Sioux City is also looking to become the first team to win both the Anderson Cup and Clark Cup since the Dubuque Fighting Saints accomplished the feat in 2013.

All games will be broadcast on ushl.hockeytv.com. All times listed below are CST.