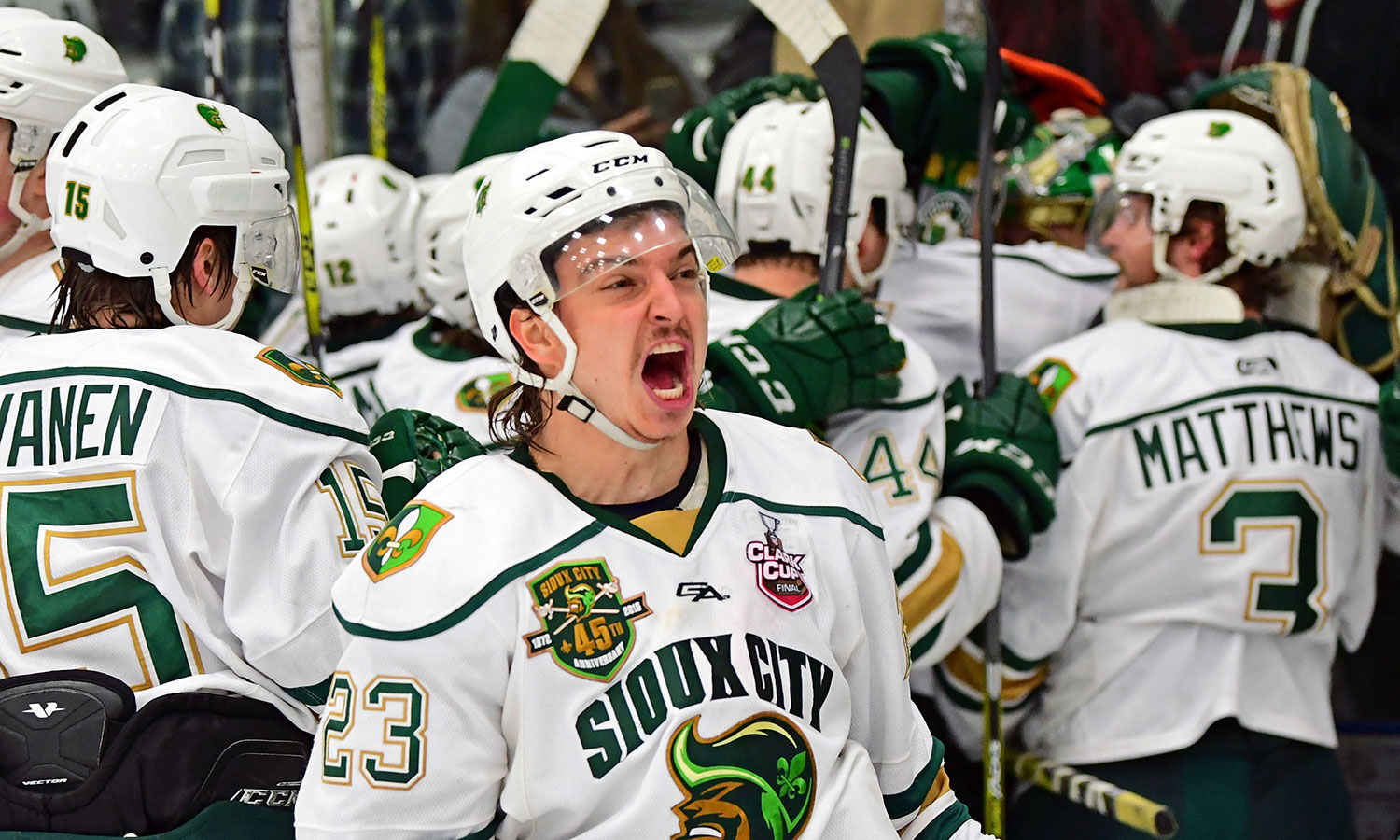 Eeli Tolvanen and Kristian Pospisil each scored in the final three minutes of regulation to help the Sioux City Musketeers overcome a pair of two-goal deficits and defeat the Chicago Steel 5-4 in Game 4 of the 2017 Clark Cup Final, forcing a winner-take-all Game 5 on Tuesday night.

Chicago jumped out to a 2-0 first period lead, as Mitch Lewandowksi and Jake Jaremko struck just 1:47 apart near the middle portion of the opening frame. Lewandowski got the Steel on the board on the power play, ripping a slap shot from the right circle into the back of the net at the 10:06 mark of the frame. His power-play tally was the Steel’s fourth in their last three games. Jaremko doubled the Chicago lead with a rebound tally, the first of two goals during the game for the Minnesota State, Mankato commit.

Sioux City got on the scoreboard 2:37 into the second period thanks to Edmonton Oilers prospect Aapeli Rasanen. His second goal of the Clark Cup Playoffs was the first of five goals in the period between the two teams. Near the halfway point of the frame, Phillip Knies tied the game at two with an unassisted goal, but Chicago pushed back to regain a two-goal lead with goals from Jaremko and Reggie Lutz. Facing their second two-goal deficit of the game, the Musketeers again clawed back, trimming the lead to 4-3 only 29 seconds after the Steel had scored their fourth goal thanks to an Odeen Tufto tally.

The score remained 4-3 in favor of the Steel until the final three minutes of the game. With 2:53 remaining, Tolvanen gathered a stretch pass from Knies and beat Steel goaltender Ales Steska with a backhand shot on the ensuing breakaway to tie the score at four. Pospisil then gave the Musketeers their first lead of the game with 1:09 left in the game, blasting a slap shot from the right circle, his fifth goal of the postseason and first of the Clark Cup Final. The Musketeers were able to hang on for the remainder of the game and even the series at two games apiece.

The Musketeers and Steel head to Sioux City for the winner-take-all Game 5 on Tuesday at the Tyson Events Center. Puck drop is scheduled for 7:05 PM central time to decide the 2017 Clark Cup champion.