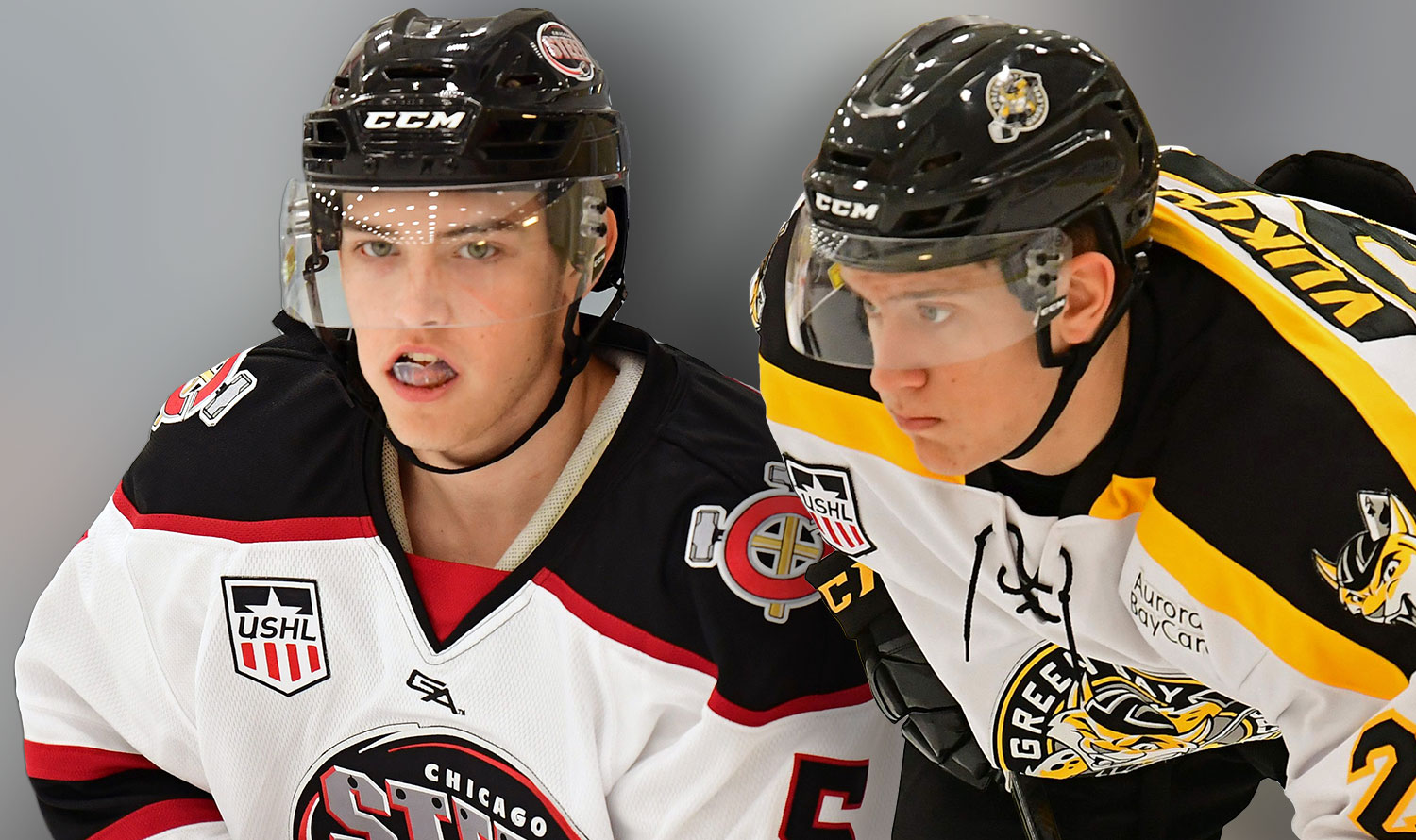 Budgell has scored one assist in two games with the Chicago Steel this season. The uncommitted left wing is a native of St. John’s, NL. Budgell was selected in the 2017 USHL Phase I Draft by the Steel in the second round, 30th overall. Budgell previously played for the St. John’s Bantam AAA and London Jr. Knights AAA, where he scored 58 points (25-33—58) in 32 games prior to joining Chicago.

Vukojevic has one assist in three games with the Green Bay Gamblers this season. The defenseman is committed to the University of Michigan and is a native of Mississauga, ON. Vukojevic was selected in the 2017 USHL Phase I Draft by the Gamblers in the first round, eighth overall. Vukojevic previously played for the Mississauga Rebels, where he scored 35 points (11-24—35) in 51 GTMMHL games prior to joining Green Bay.