Filip Larsson Commits to the University of Denver 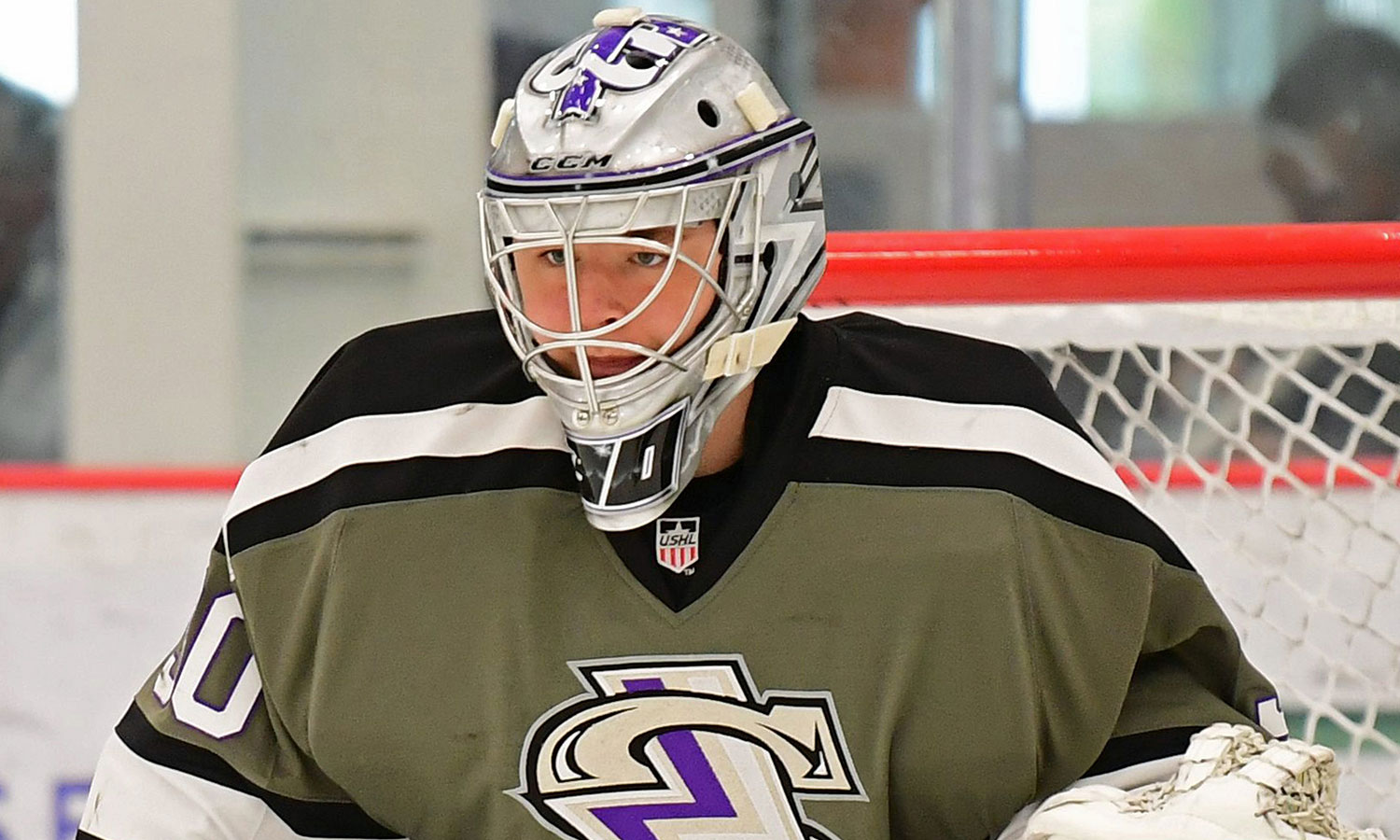 Tri-City Storm goaltender Filip Larsson announced his commitment to the University of Denver on Tuesday, making him the 20th player on the Storm to commit to play college hockey.

“I’ve been pretty sure that I was going to commit to Denver for a long time now," Larsson said. "I’ve been thinking and talking with my family and some friends and I just knew that it was the best decision for me to make. I felt that now was a good time to formally make an announcement."

"Denver has a great hockey program, the city is great, and when I was there I felt good knowing that this is where I would be living. This year has helped me a lot. I feel that I have made progress this year and I am ready to play Division I hockey.”

The Stockholm, Sweden native is playing in his first season in North America and has been the top goaltender in the USHL all season long, as he currently leads all USHL goaltenders in wins (14), GAA (1.45), SV% (.946) and shutouts (5). He has not lost back-to-back starts through his 18 appearances this season, has only allowed two goals or more twice in those appearances, and has been named USHL Goaltender of the Week twice (Oct. 23, Dec. 4) through the first 10 weeks of the 2017-18 campaign.

Larsson was selected eighth overall by the Storm in the 2017 USHL Phase II Draft and was also selected in the sixth round, 167th overall by the Detroit Red Wings at the 2016 NHL Draft. Prior to his time with Tri-City, Larsson played for Djurgardens in his native Sweden. Additionally, he has represented his home country at the U18 World Junior Championship and the World Junior Summer Showcase, and was named to Team Sweden for the 2018 World Junior Championships.