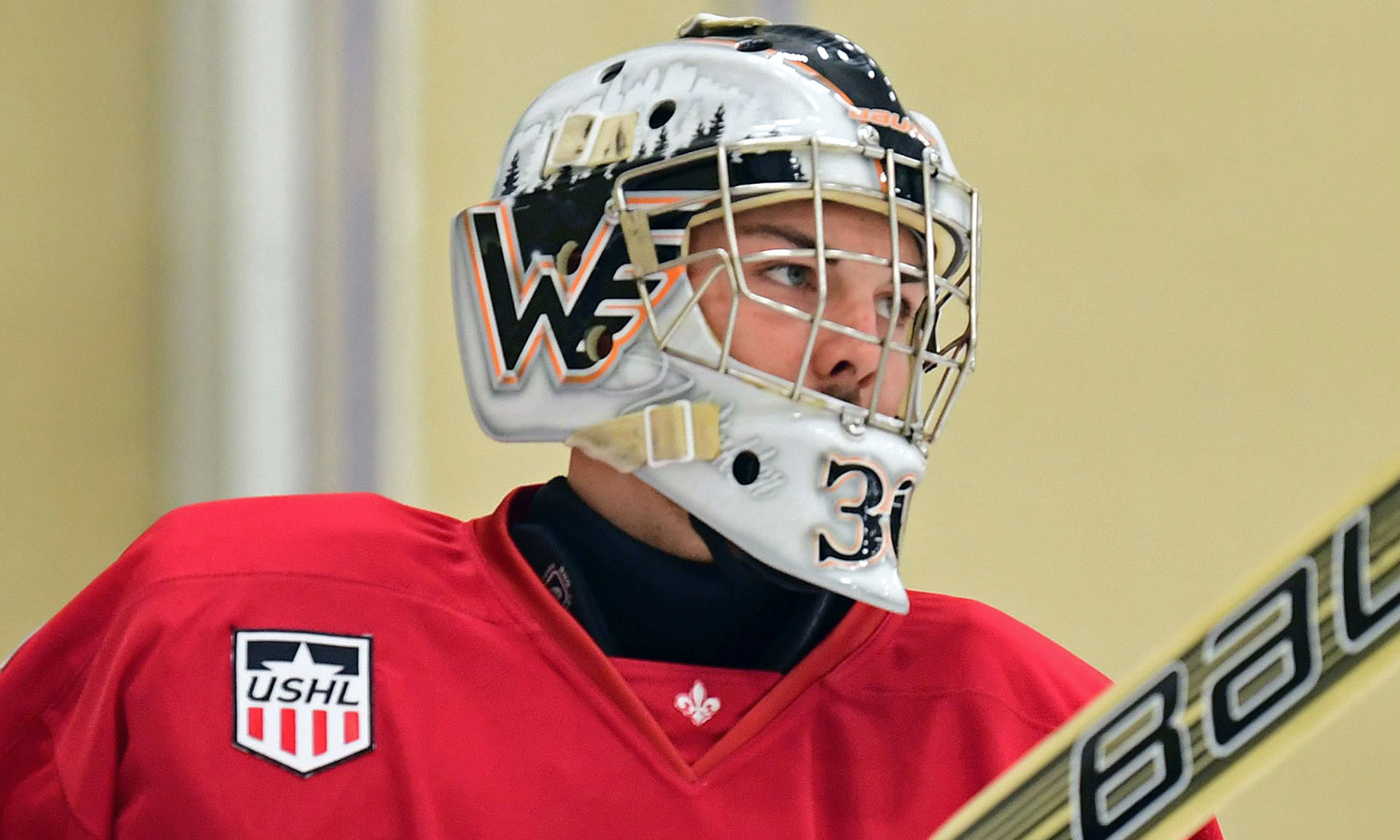 Dubuque Fighting Saints goaltender Cole Weaver has committed to Niagara University to continue his hockey journey. The first-year netminder will go on to the college ranks and join a program that is led by former Fighting Saints head coach and general manager Jason Lammers.

“(Jason) Lammers had a lot to do with it," Weaver said. "They have a really good coaching staff, and the character there is a huge part of it too.”

“The nursing program is what I want to be a part of there. [The professors there] are good at doing one-on-one, and that will help me academically, and the facilities are nice there as well.”

Weaver has received the bulk of the starts lately, seeing action in five of the last six games. In that span, he has won three of those games, and picked up a point in four of them. Overall, Weaver carries a 6-3-1-0 record, a 2.15 GAA, and a .901 SV% through 10 games of action in Dubuque. Among qualified goaltenders, Weaver’s 2.15 GAA ranks fifth in the USHL.

Niagara has shocked the college hockey world under Lammers’ direction. The Purple Eagles were picked to finish last in the Atlantic Hockey preseason poll, and at 9-5-2 in conference, and 10-10-2 overall, they sit in a tie for first place alongside Canisius College. Previously, Lammers led the Saints to two playoff runs, including a trip to the Clark Cup Final in 2016.

“Niagara has known Cole for a while. They have a little bit of a history with him, and it’s really good to have some sort of history with a player when you will have him for four years in college,” said assistant coach Matt Millar, who works directly with Fighting Saints goalies. “His work ethic is second-to-none. He came here not knowing what was going to happen in the future and he put it all on the line. He was able to climb up the ladder and get himself some playing time. He’s the real deal.”

Weaver is a native of Champlin, MN and previously played for the Winkler Flyers (MJHL), Omaha AAA (NAPHL) and Minnesota Magicians (NAHL).