Roman Kinal Commits to the University of Connecticut

Michigan native is first player in team history to commit to UConn. 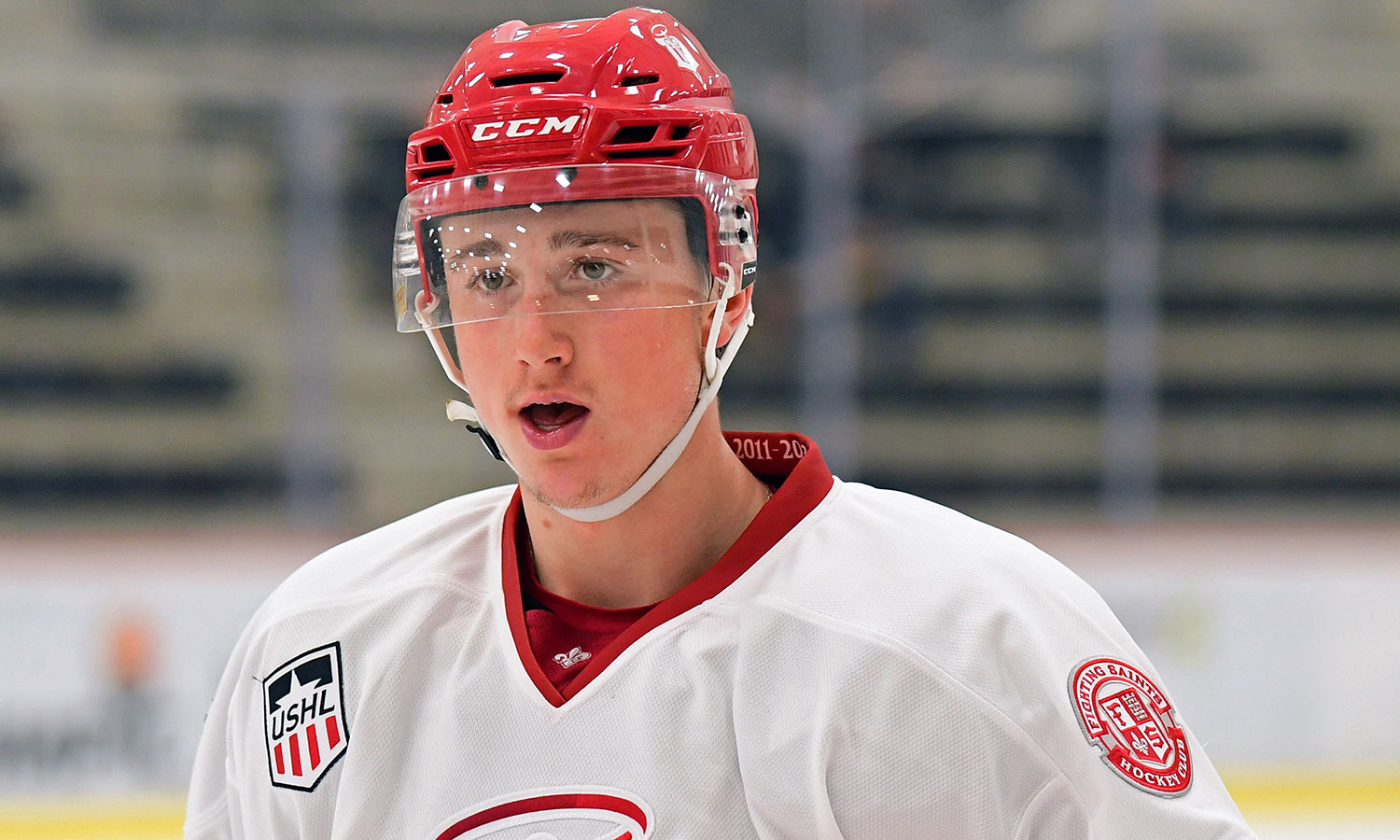 Dubuque Fighting Saints defenseman Roman Kinal has announced his commitment to play college hockey at the University of Connecticut, better known as UConn. He is the first player in team history to commit to UConn.

“I’m extremely excited, and I’ve been looking forward to this for a long time,” Kinal said. “It was the right fit for me. The staff was awesome, the campus was great, and I’m excited to join an up-and-coming team.”

In 24 games as a member of the Fighting Saints, the Waterford, MI native has notched three assists, and is a +3. He was drafted by Dubuque in the seventh round, 112th overall in Phase II of the 2017 USHL Draft.

“Roman has done the work to warrant the attention, for sure,” said head coach Oliver David. “He’s a willing student. There’s no pushback with him. He absorbs everything. He’s here to learn, and he’s a quick study. He’s learning from all of his experiences. Everything about him and the way he’s building his habits has brought about an ability to play the game at a high level this quickly and early on.”

Kinal joined the Fighting Saints from the Wichita Falls Wildcats of the North American Hockey League, where he posted 12 points, and was a graduate of the Little Caesars U18 program (HPHL) prior to his junior career.

“Every day here in Dubuque has helped, working on little things to improve my game, focusing on each game rather than anything else has helped me get to this point,” Kinal added.