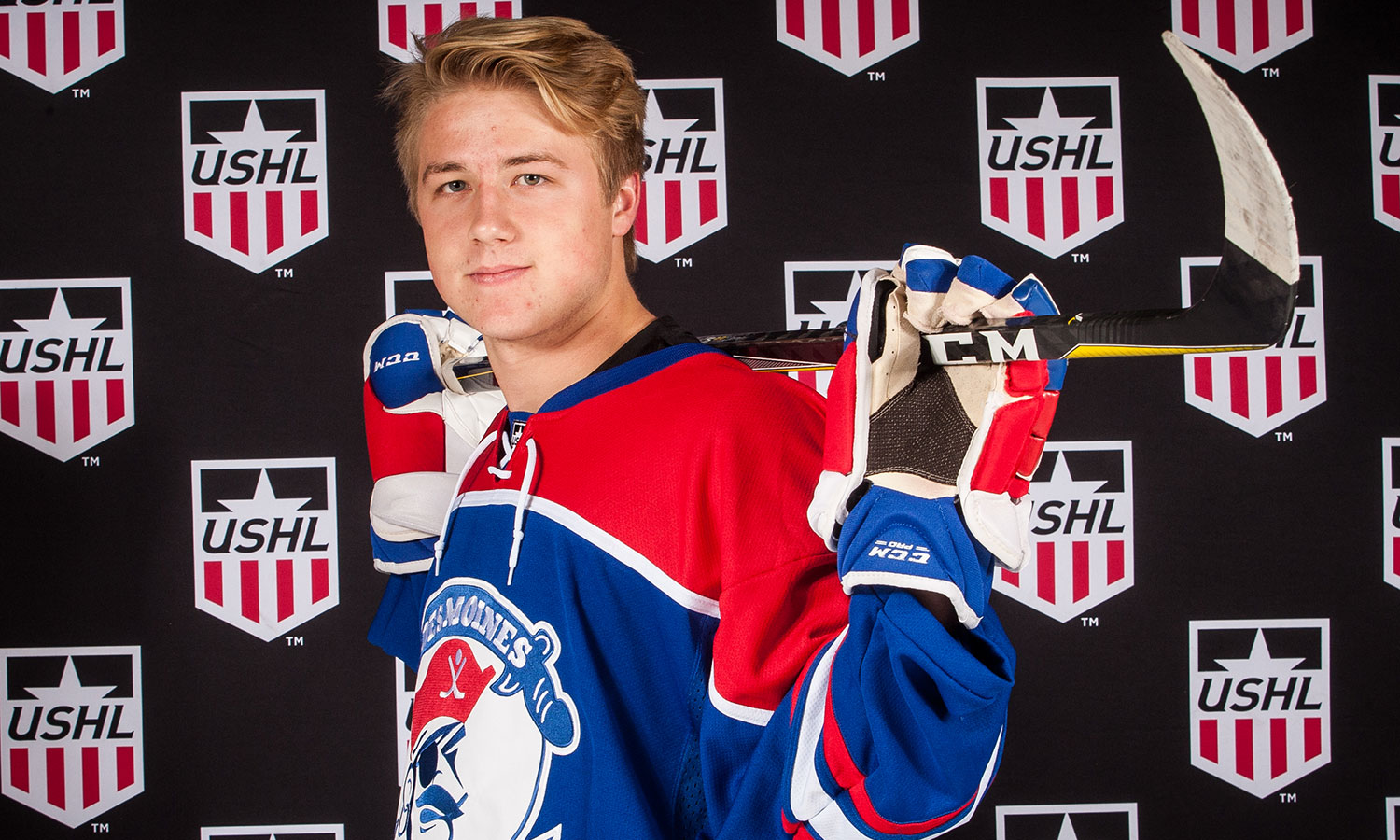 The Stillwater, MN native’s steadfast work ethic has been a strong facet of the Buccaneers front twelve all season long, and now becomes the fourth player to make his D1 commitment in Des Moines during this season.

“Luke has taken advantage of his opportunities and has become a great student of the game this season,” Des Moines assistant coach Nate Weossner said. “He has put in time and effort to increasing his hockey IQ and conditioning. In the process he has become a very fast and effective player for us.”

Manning has consistently earned himself more and more ice time as the season has progressed, tallying three goals and four assists in 32 games played.

“It’s great to have an idea what my future looks like now and I am super excited,” Manning said. “I came into the league just trying to make a name for myself, and it’s great to know I’ll have a place to go after my time in the USHL.”

When Manning joins the Falcons, he will be just the fourth player in Buccaneer history to don the grey and blue of Air Force Academy.

Manning was selected in the eighth round, 125th overall by Des Moines in the 2017 USHL Phase II Draft and previously played for the Minot Minotauros (NAHL) and Stillwater High (USHS).