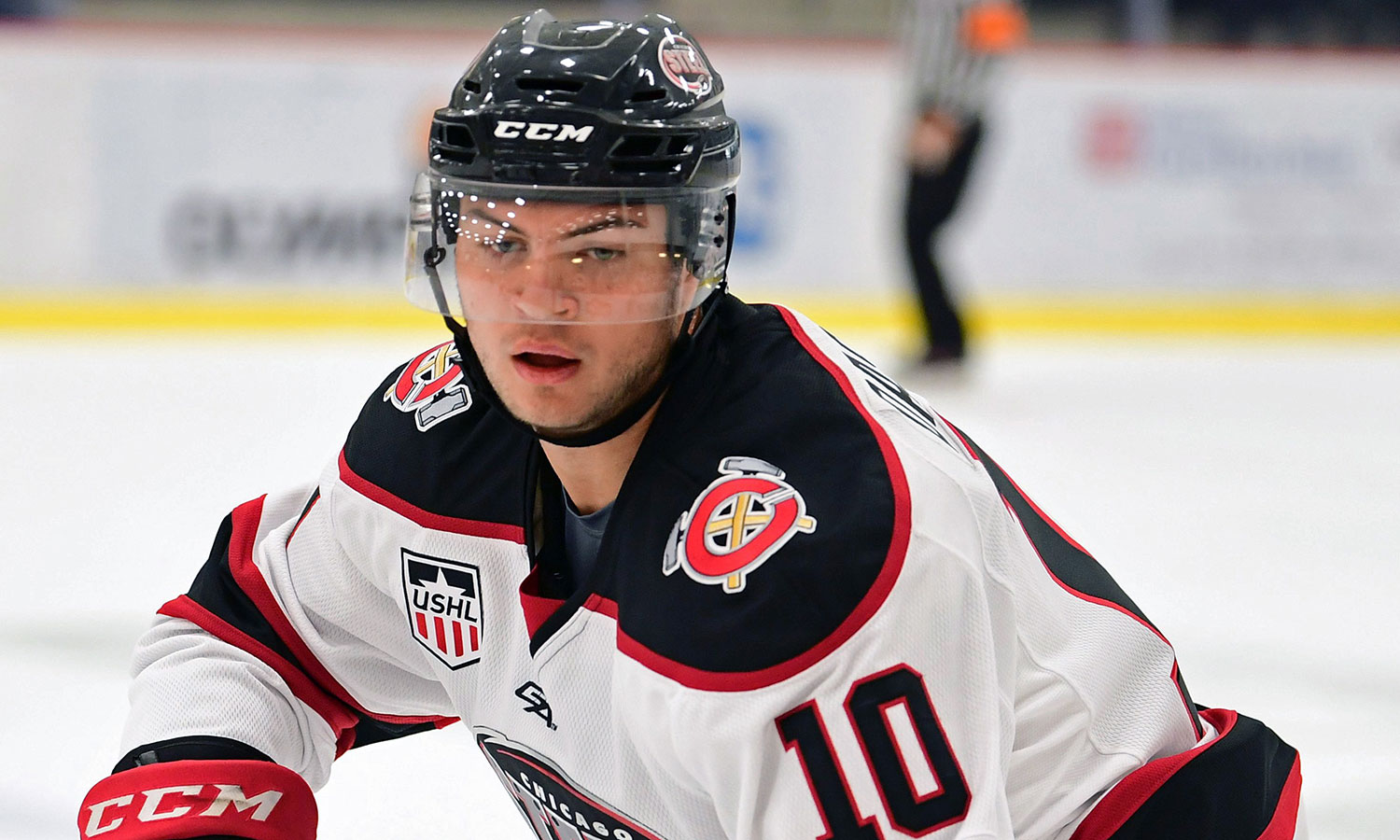 Chicago Steel captain Derek Daschke has announced his commitment to play NCAA Division I hockey for the University of Nebraska Omaha Mavericks (NCHC). Daschke, 20, is the 18th player on the current Steel roster to commit to a Division I hockey program.

Daschke was named captain of the Steel prior to this season after being a key piece of the Steel’s 2017 Clark Cup championship team, leading the team in postseason time-on-ice. He is currently playing in his fourth junior season and is tied for third among USHL defensemen with seven goals this year, including three game-winning tallies. He has also registered a career-high 20 assists through 48 games.

A native of Troy, Mich., Daschke will be reunited with Mavericks assistant coach Peter Mannino, with whom he won a Clark Cup Championship last season when Mannino was an Assistant Coach with the Steel.

“I chose Omaha because I thought it was a good fit for me,” said Daschke. “They have an amazing rink and hockey facilities. They have a coaching staff that will help me get better on a day-to-day basis. I am looking forward to playing in the NCHC next year, and hope Peter Mannino and I can bring a championship to their program.”

The 6-foot-2, 199-pound blueliner was acquired by the Steel in a Nov. 2016 trade with the Muskegon Lumberjacks. Daschke began his USHL career as a 16-year-old tender with the Cedar Rapids RoughRiders. He has 70 career points (16-54–70) and a +20 rating through 224 career USHL regular season games.

“I know Derek had many offers and this decision was difficult at times, but he felt very confident after his visit to UNO,” said Steel interim head coach and assistant general manager Ryan Cruthers. “He has been a great leader on and off the ice for us and I am very happy for him. I am looking forward to watching him develop at the college level."

Prior to his time with the Steel, Daschke played for the Muskegon Lumberjacks, Cedar Rapids RoughRiders and Oakland Jr. Grizzlies (T1EHL).