Omaha goaltender has had a solid first USHL season. 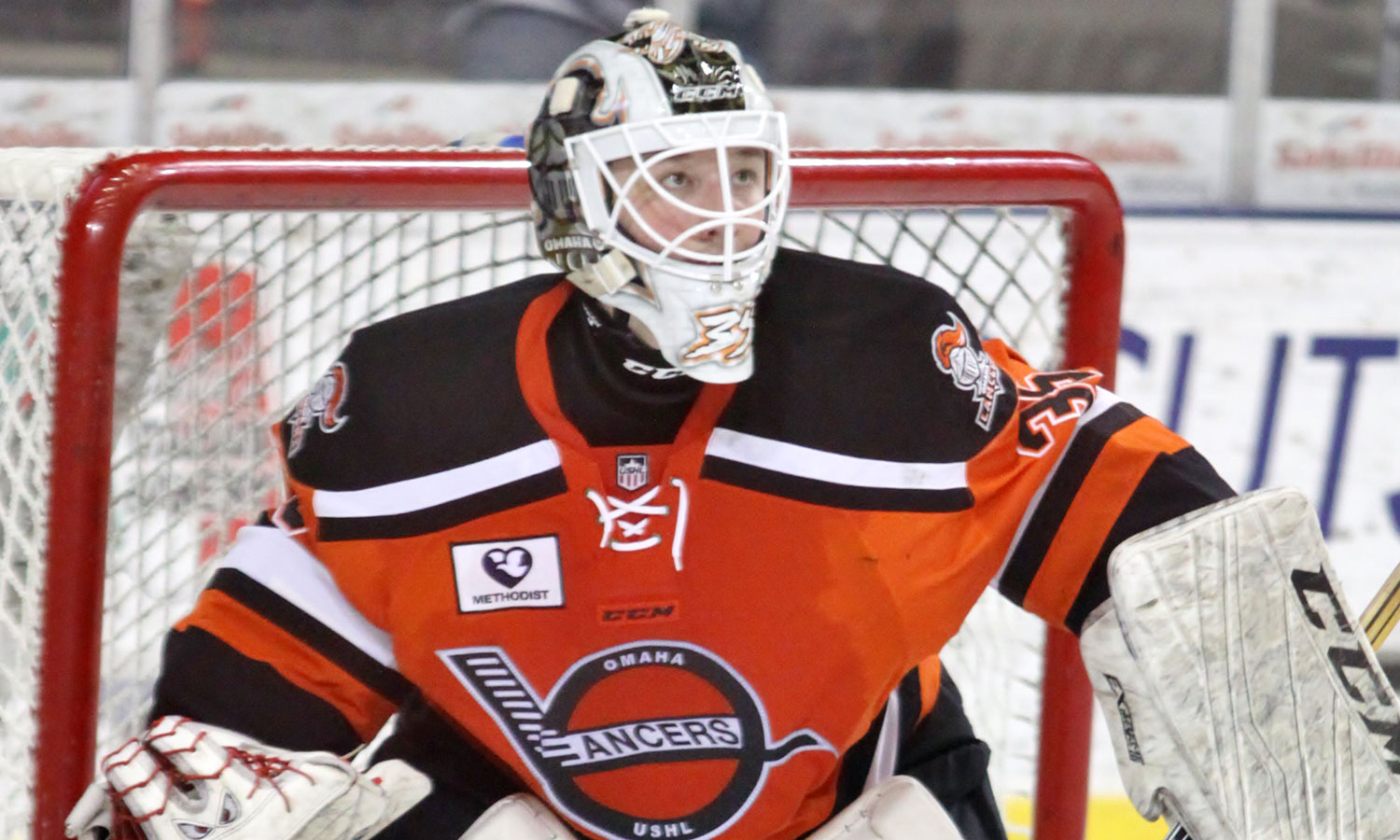 “I'm extremely excited to go to BU to continue my athletic and academic career,” Vinnie Purpura said. “BU is a prestigious university that has a lot to offer. Boston's a great city to go to school in, so I'm really looking forward to this opportunity that is in front of me.”

Purpura, 19, was picked up by the Lancers earlier this season from the Johnstown Tomahawks (NAHL).

"Vinnie has done a great job for our team since arriving in Omaha,” Head Coach David Wilkie said. “He has done everything that we have asked of him on and off the ice and he is extremely deserving of the opportunity at Boston University that he has earned.”

“Playing for the Lancers has been a blessing,” Purpura said. “They have given me every opportunity to succeed. The coaching staff believes in my abilities and I can't ask for much more than that.  We get treated like pros here in Omaha, which definitely has helped me mature and be ready for this next step. We go up against the best young talent in the USHL. Competing against guys of this level forces me to be that much better.”

“I believe that I have a lot to offer to the University, academically and athletically.  I'm a big goalie that moves well, so I believe that's a big reason why they recruited me,” Purpura said. “The coaching staff has a good deal of trust in the way that I play the position, hence the offer that they extended to me.”

The Lemont, Illinois native is in his first season in the USHL and is beyond excited to continue playing hockey, but most off to continue his education.

“The academics were a huge part of my decision. I believe that it is just as important, if not more important, than the hockey aspect of it. BU is an academically inclined school and great hockey school, so it was a clear choice to me,” Purpura said.

Purpura is very grateful for the opportunity and thankful for the people who have gotten him to this point in his career.

“I would like to thank my family and friends who have been there through this entire journey.  I would also like to thank the Chicago Fury, Johnstown Tomahawks, and Omaha Lancers for helping me develop into the best goalie and person that I can be,” Purpura said. “I can't thank everybody enough for what they've done to get me where I am now.”