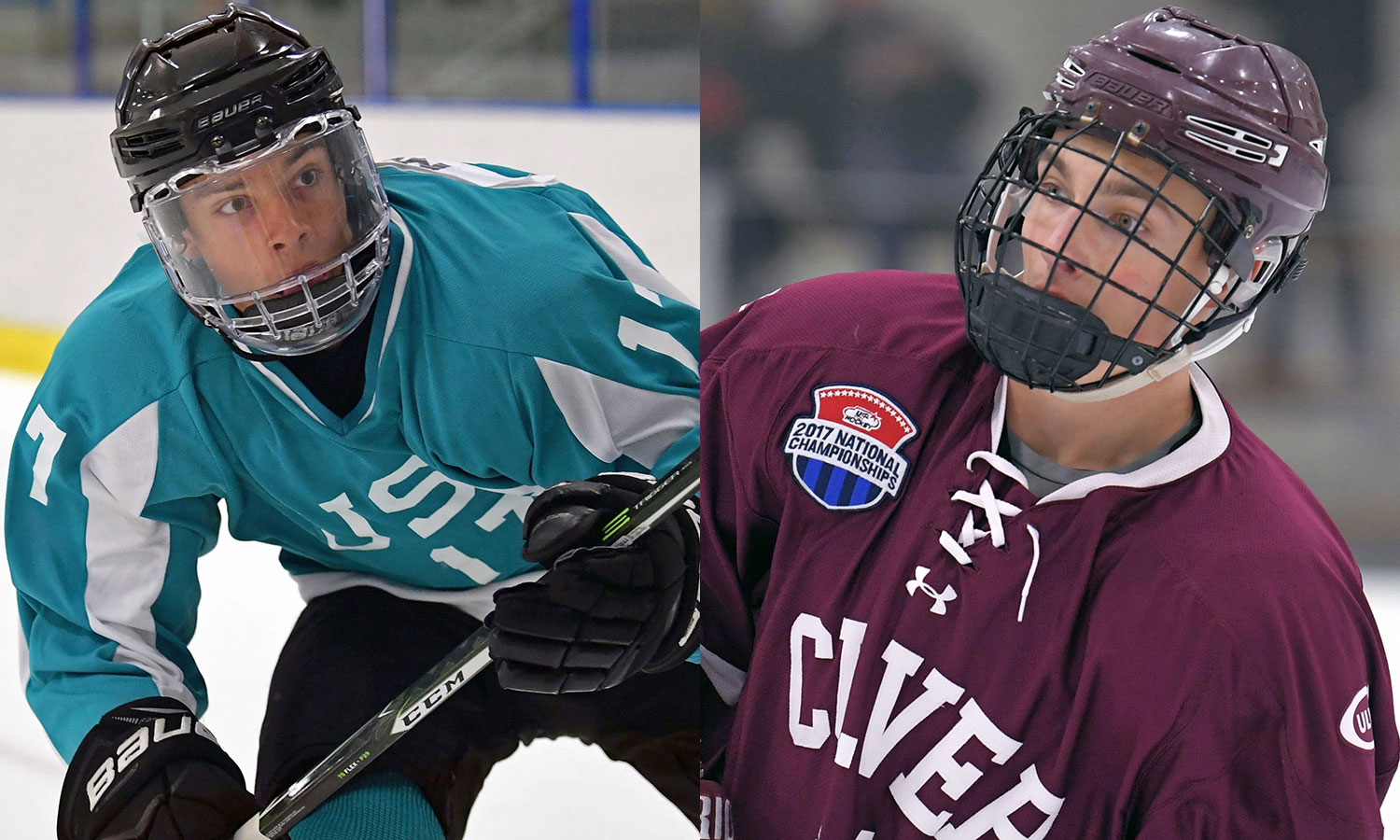 The Des Moines Buccaneers announced they signed forwards Isaac Novak and Patrick Schmiedlin on Saturday to tender agreements for the 2018-19 season. Novak is from Waukesha, WI and is committed to the University of Wisconsin. Schmiedlin is a native of Culver, IN. The pair of forwards are the first two players in the history of the Buccaneers organization to sign tender agreements.

“The Buccaneers couldn’t be more excited,” said Des Moines general manager Tom Mannino. “It’s a great day for these special players, their families and the Buccaneers’ community. We have added two players that bring a combo punch of elite skating, playmaking ability and compete to our lineup.”

Now in its seventh year, the USHL tender process allows teams to sign up to two 2002 birth year players prior to the 2018 USHL Phase I Draft, which takes place on May 7.

Novak operated at almost a point-per-game clip for Little Caesars U-18 team in Detroit. He accrued 22 goals and 18 assists for 40 points in 41 games played. He is also an alum of the USHL Combine, part of the USHL Development Series. The 16-year-old has always dreamed of furthering his career in the USHL.

“Growing up I always wanted to play in the USHL,” Novak said. “I am just so excited for the opportunity and can’t wait to become a Buc!”

“Novak has elite puck skills,” Mannino said. “He demonstrates great speed and elusiveness and he played up in his age class against older competition last year.”

Just as Novak comes from a prestigious AAA program in Detroit Little Caesars, so too does Schmiedlin come from a renowned hockey program in Culver Military Academy.

Schmiedlin tallied 24 points in 38 games as a 15-year-old playing on the number top ranked Culver Prep team. He is set to make his first big move away from home and can't wait to get his USHL career started.

“Des Moines is one of the most storied organizations in the USHL,” Schmiedlin said. “I can’t wait to get things started and am proud and thrilled to be a Buc!”

“Patrick is hands down one of the fastest skaters in North America,” Mannino said. “He too played above his age group this past season.”

The signing of Novak and Schmiedlin will replace Des Moines' first and second round draft choices, respectively, in the 2018 USHL Phase I Draft. Each tendered player will be on their respective team’s roster the next season and play at least 55% of the team’s regular season games.