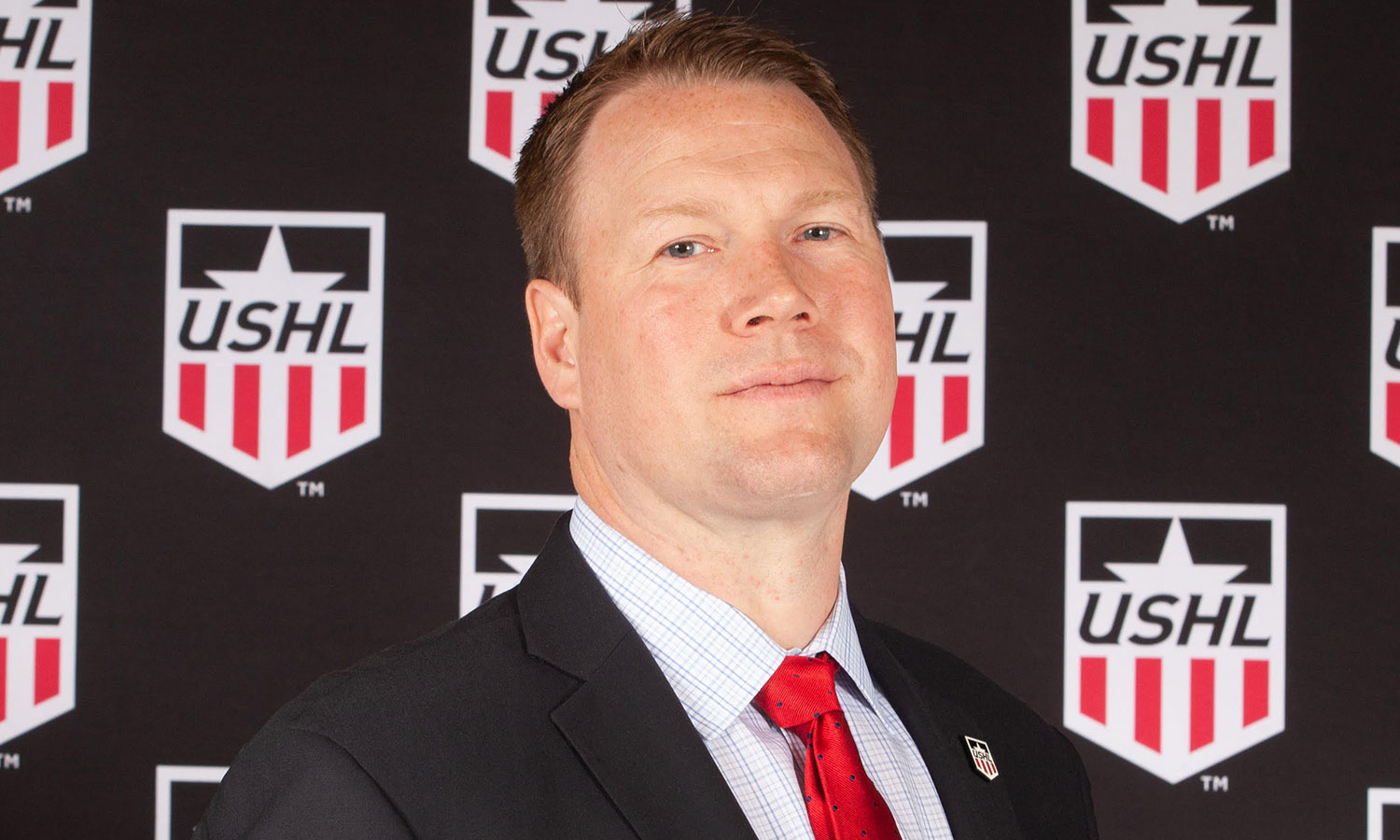 The Manchester Monarchs, a member of the ECHL, announced today that Doug Christiansen has been named the team’s new head coach and general manager.

“We are extremely excited to welcome someone with Doug’s experience and accomplishments to the Monarchs,” said Brian Cheek, CEO of the Monarchs. “Doug is familiar with our system and played for our team, and we’re looking forward to continuing the winning tradition we’ve become accustomed to here in Manchester.”

Christiansen, 40, heads behind the bench for the Monarchs after spending the last four years as the USHL Director of Player Development & Recruitment. He was responsible for managing the League’s player recruitment efforts with communications targeted at players, parents, and family advisors.

Christiansen was also instrumental in expanding and growing the highly-successful USHL Development Series, which included the USHL Combines along with the Buffalo and Pacific Showcases, which featured partnerships with the Buffalo Sabres and Los Angeles Kings, respectively. 121 2002 birth-year players that were selected in the 2018 USHL Draft or were named to Team USA attended a USHL Development Series event, an increase from 89 from the 2017 USHL Draft. In each of the last three seasons, the USHL Development Series has featured a first round USHL Draft pick or tender, and a future member of Team USA. Alumni of the USHL Development series include Paul Cotter (Lincoln Stars), Jake Kucharski (Des Moines Buccaneers) and Braden Costello (Des Moines Buccaneers), who all participated in the 2018 USHL/NHL Top Prospects Game, Alex Turcotte (Team USA) and 2018 Tri-City Storm tender Ruben Rafkin.

“I have really enjoyed the four years I’ve had in the USHL. I’ve learned a tremendous amount and the highlight was meeting and helping hockey families from all over the world,” Christiansen said. “I am extremely proud of the growth of the league and believe the USHL is an outstanding path for players.  I am sure the league will continue to grow and produce elite college and NHL talent. It is an exciting time for the USHL."

It’s a bittersweet moment for our league," said USHL President & Commissioner Tom Garrity. "We are excited about Doug’s new opportunity but sad he will be leaving our league, as over the past 4 years Doug’s efforts have been instrumental in growing the league's exposure as the top Tier 1 junior hockey league in the United States, along with developing lasting relationships with players and their families. We wish him nothing but success."

It is a return to coaching for Christiansen, who joined the USHL after spending seven years as the Head Coach and Director of Hockey Operations for three teams in the Elite Ice Hockey League, the top professional league in the United Kingdom. He was twice named EIHL Coach of the Year, once each with the Belfast Giants (2011-12) and Edinburgh Capitals (2009-10).  Under Christiansen, the Belfast Giants won a league championship in 2012 and a conference title in 2013. In addition to coaching in league play, Christiansen coached on the international stage, serving as the Head Coach of the Great Britain National Team in 2013 where he was responsible for team selection, strategy development, and game management. Great Britain attained their highest world ranking since 1989 when they climbed to #20 in the International Ice Hockey Federation (IIHF) rankings.

Prior to embarking on his coaching and management career, Christiansen played professionally in the AHL, ECHL, UHL, and Serie A (Italy) from 2002-07, including a pair of stints with the Monarchs (2004-05 and 2006-07). He played NCAA Division I hockey at Union College and played his junior hockey with the USHL’s Green Bay Gamblers.