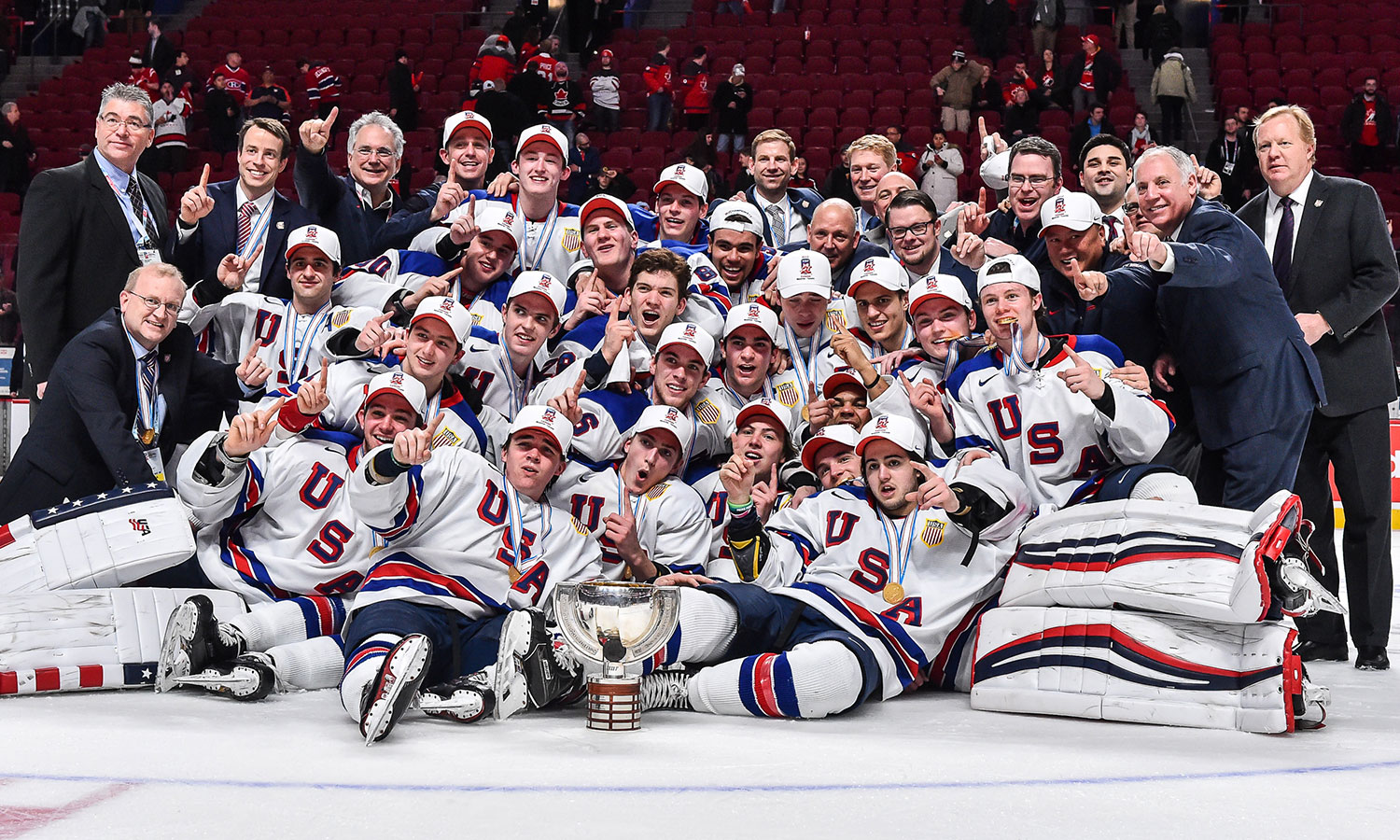 35 current or former USHL players were among the 42 invitees named to USA Hockey's 2018 World Junior Summer Showcase, giving them an opportunity to represent their country and play for Team USA at the 2019 IIHF World Junior Championship.

The 2018 World Junior Summer Showcase will run from from July 28-Aug. 4 in Kamloops, BC at the Sandman Centre. The Showcase is part of the process that will determine the final roster for the 2019 IIHF World Junior Championship, which will run from Dec. 26, 2018, through Jan. 5, 2019, in Vancouver and Victoria, BC.

Team USA is looking for its fifth gold medal and second title in three years at the 2019 World Junior Championship. Team USA took home gold in 2017, courtesy of Troy Terry's (Team USA) heroics, 2013, 2010, thanks to an overtime goal from John Carlson (Indiana Ice) in the gold-medal game, and in 2004. 20 players on last year's team had USHL experience, and a record 22 players on the 2017 gold-medal team previously played in the USHL. All 14 defenseman, three of the four goaltenders and 18 of the 24 forwards on the initial Showcase roster have USHL experience.

Below is a full list of USHL alumni selected to participate in USA Hockey's 2018 World Junior Summer Showcase.