57 players with USHL ties were selected in the 2018 NHL Draft, the most of any junior league in the world and the most in league history. 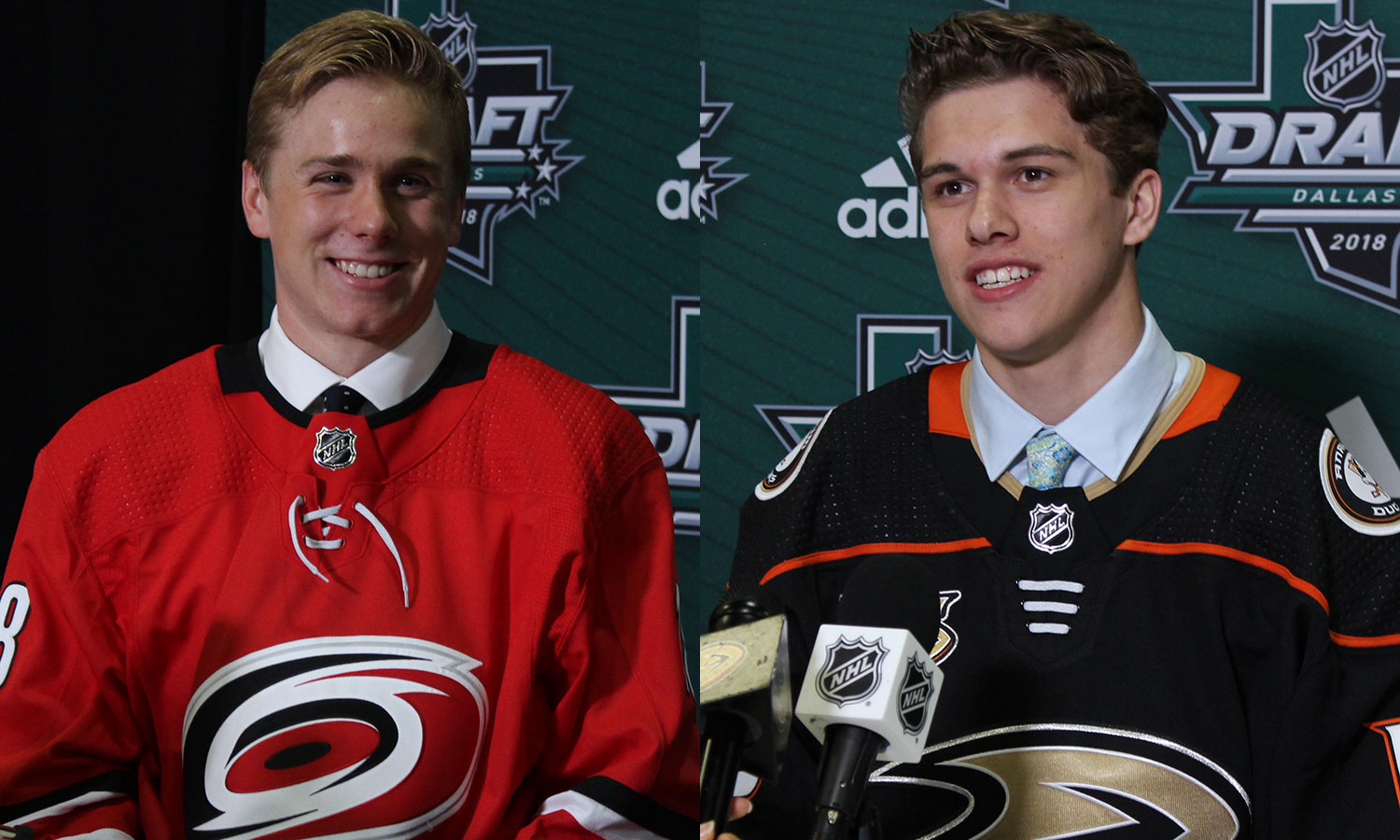 The USHL had its strongest-ever showing at the NHL Draft, as 57 players with USHL ties were selected at the 2018 NHL Draft in Dallas, TX. The 57 players chosen set a new USHL record, shattering the previous mark of 51 set at the 2014 NHL Draft. 45 of those 57 players skated in the USHL during the 2017-18 season, also setting a league record, breaking the previous mark of 40 set last year at the 2017 NHL Draft. The USHL also led all junior leagues in the world with the 45 players who played in the league last season, at least 10 more than any other league in the world.

The 2018 NHL Draft marks the seventh consecutive year that 40 or more players that played in the USHL have been selected at the NHL Draft. In addition, 14 of the 17 USHL member clubs had at least one player selected who played in the nation's only Tier 1 junior hockey league, with 12 teams having multiple players chosen.

READ: SEVEN PLAYERS WITH USHL TIES SELECTED IN FIRST ROUND OF 2018 NHL DRAFT

The USHL had at least four players selected in every round of the 2018 NHL Draft, including 16 of the 31 picks in the fourth round and 37 total draftees through the first four rounds. 51 of the 57 USHL players who were chosen are either committed to Division 1 college hockey or have already begun their college hockey careers. 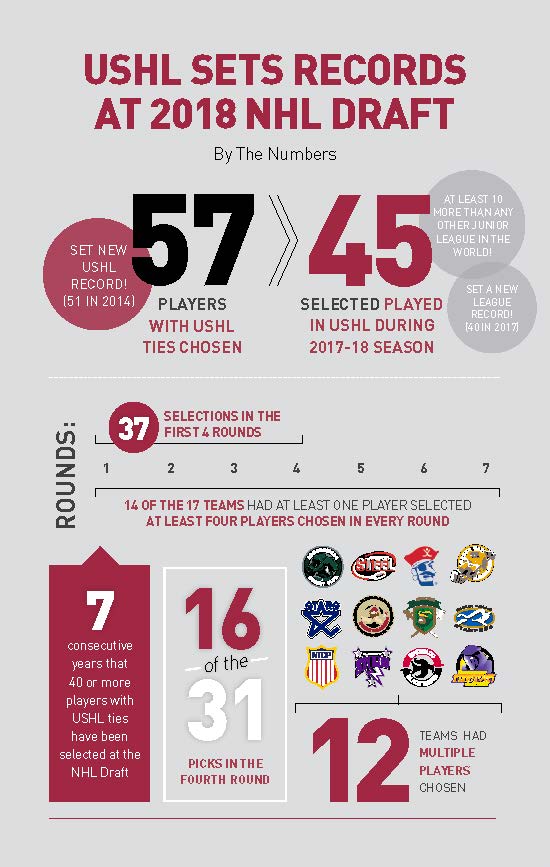 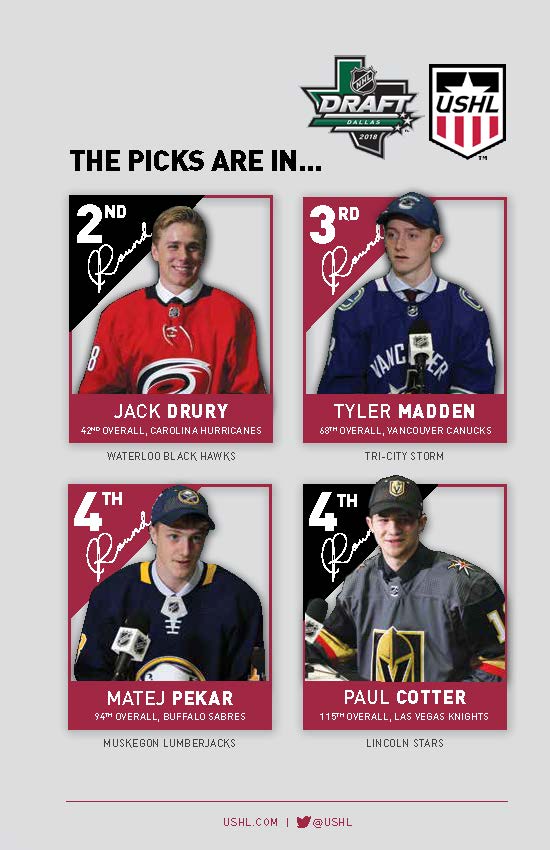