USHL Players of the Week: Week 4 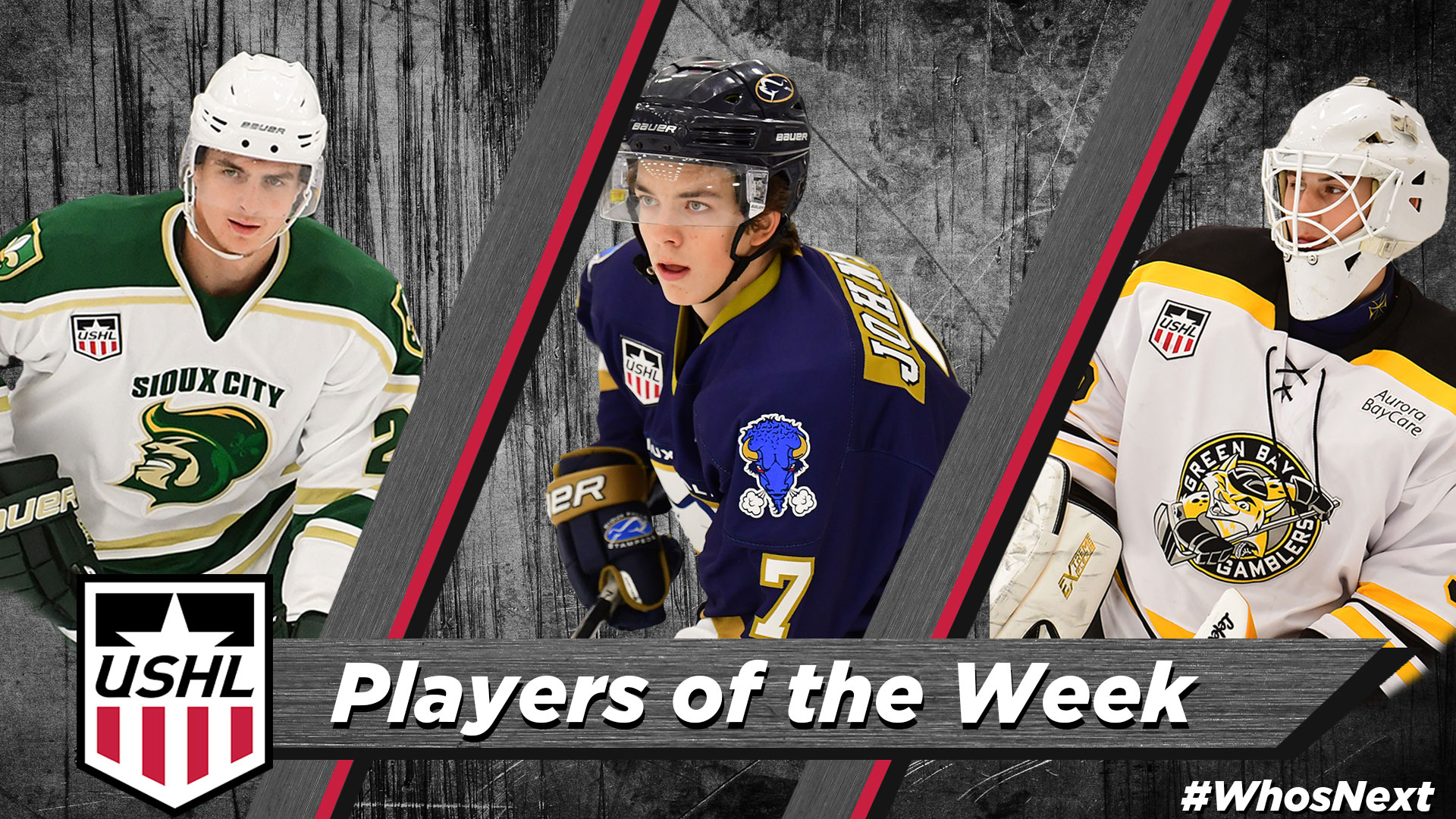 The United States Hockey League announced the Forward, Defenseman and Goaltender of the Week for Week 4 of the 2018-19 season. Calgary Flames prospect and Sioux City Musketeers forward Martin Pospisil, Sioux Falls Stampede defenseman Ryan Johnson and Green Bay Gamblers goaltender Evan Fear took home USHL weekly honors. In three games last week, Pospisil scored twice and dished out five assists, extending his season-opening point streak to seven games. Johnson scored his first USHL goal and added two assists in Sioux Falls' 6-5 overtime win on Friday, and Fear backstopped the Gamblers to a 1-0 victory on Sunday with a 43-save shutout, the first of his USHL career. The USHL is America’s only Tier 1 junior hockey league, and continues to lead the world in the advancement of Division I college hockey athletes. 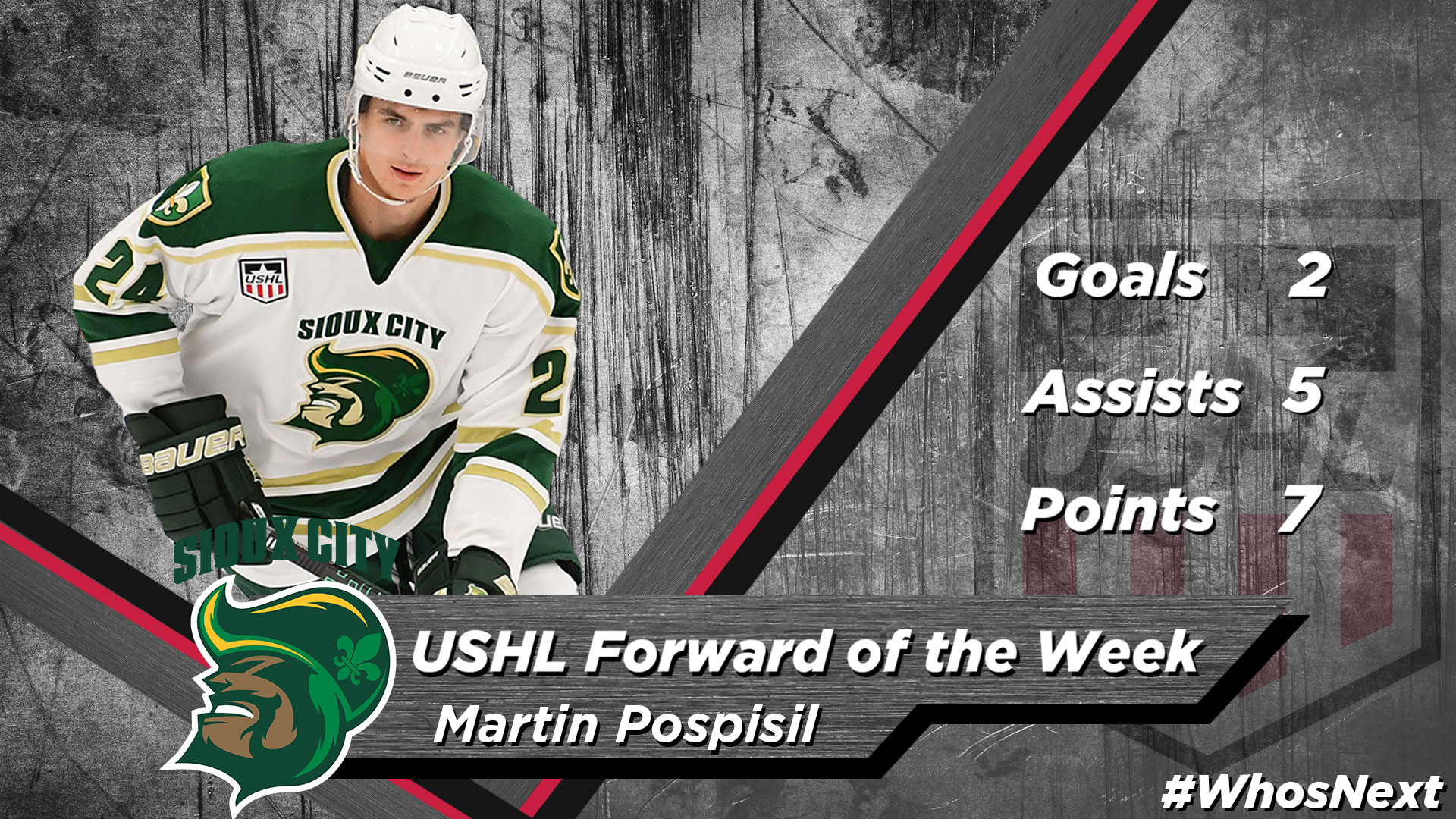 Pospisil played in three games last week and recorded multi-point performances in all three. On Thursday in Fargo, he scored the game-winning goal, a power play tally, and dished out an assist. In Friday's game against the Force, he added three more helpers, and in Saturday's Musketeers home opener, he scored his second goal and recorded his fifth assist of the week. The St. Lawrence commit has now earned at least one point in each of his first seven games of the season, including six multi-point efforts in that span. He currently leads all USHL players in scoring with 15 points (4G, 11A) on the season, with his 11 helpers also leading the league. Pospisil, a native of Zvolen, SVK, has thrived early in his second season in Sioux City, a year after recording 37 points (8G, 29A) in 49 games as a rookie with the Musketeers in 2017-18. Following his strong rookie campaign, he was selected in the fourth round, 105th overall by the Calgary Flames at the 2018 NHL Draft in Dallas, TX. Prior to his USHL career, Pospisil played for Red Bull Salzburg in Austria and was selected 16th overall by the Musketeers in the 2016 USHL Phase II Draft. 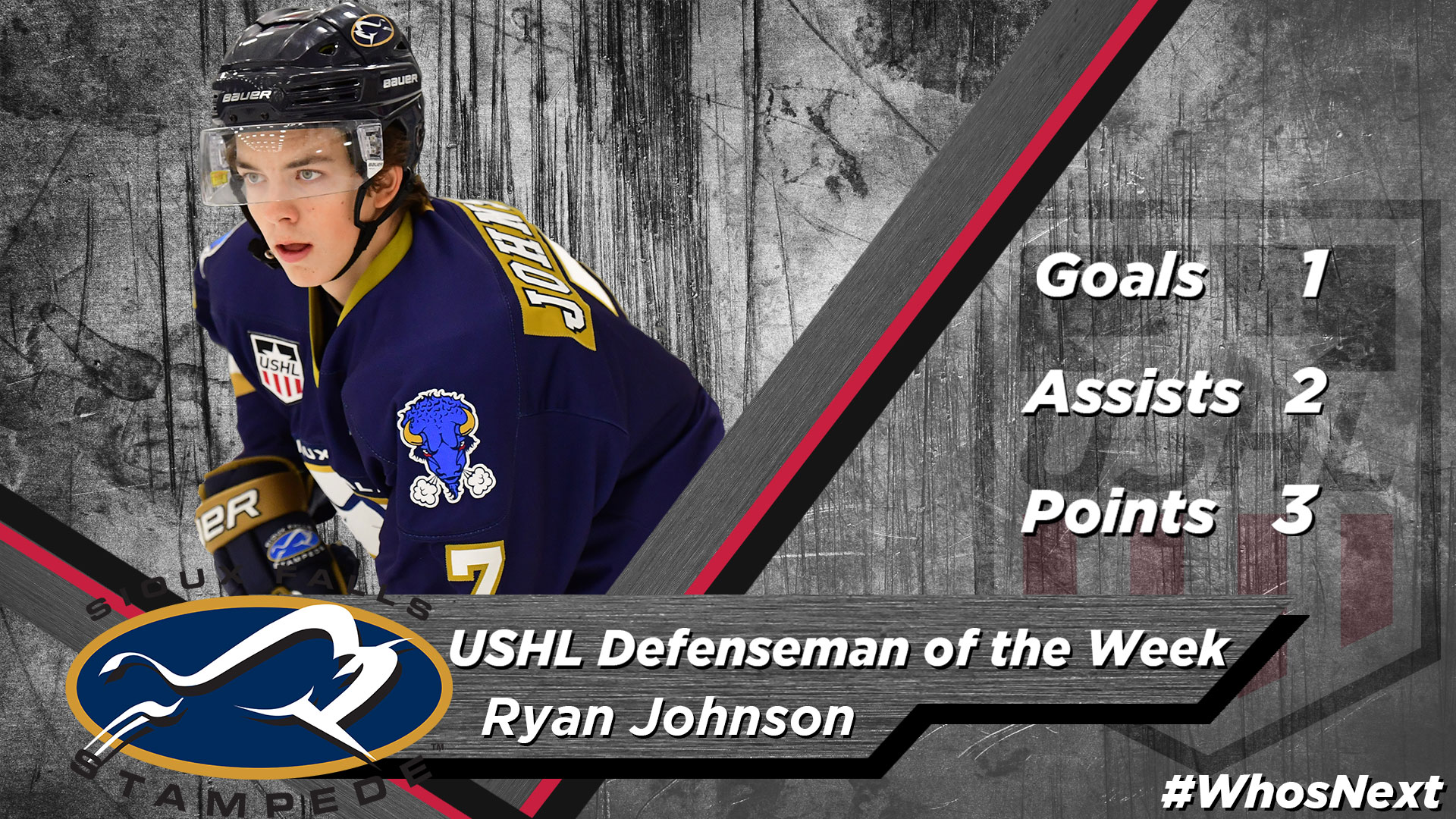 In Sioux Falls' 6-5 overtime win over the Waterloo Black Hawks on Friday, Johnson scored his first USHL goal and dished out two assists, including the primary helper on Cade Borchardt's game-winning goal with just under a minute remaining in overtime. In addition to his goal, the three-point night from the University of Minnesota commit was also the first of his USHL career. In the Stampede's 2-1 win over Madison on Saturday, Johnson recorded four shots to go along with a +1 rating to help extend his team's winning streak to four games. Johnson has now tallied four points (1G, 3A) in seven games this season, the highest point total of any rookie defenseman in the USHL. A native of Irvine, CA, Johnson was listed as a B-rated skater on the NHL Central Scouting Preliminary Players to Watch List ahead of the 2019 NHL Draft. Before he suited up for the Stampede, Johnson skated for the Anaheim Jr. Ducks (T1EHL) and was selected third overall by Sioux Falls in the 2017 USHL Phase I Draft. 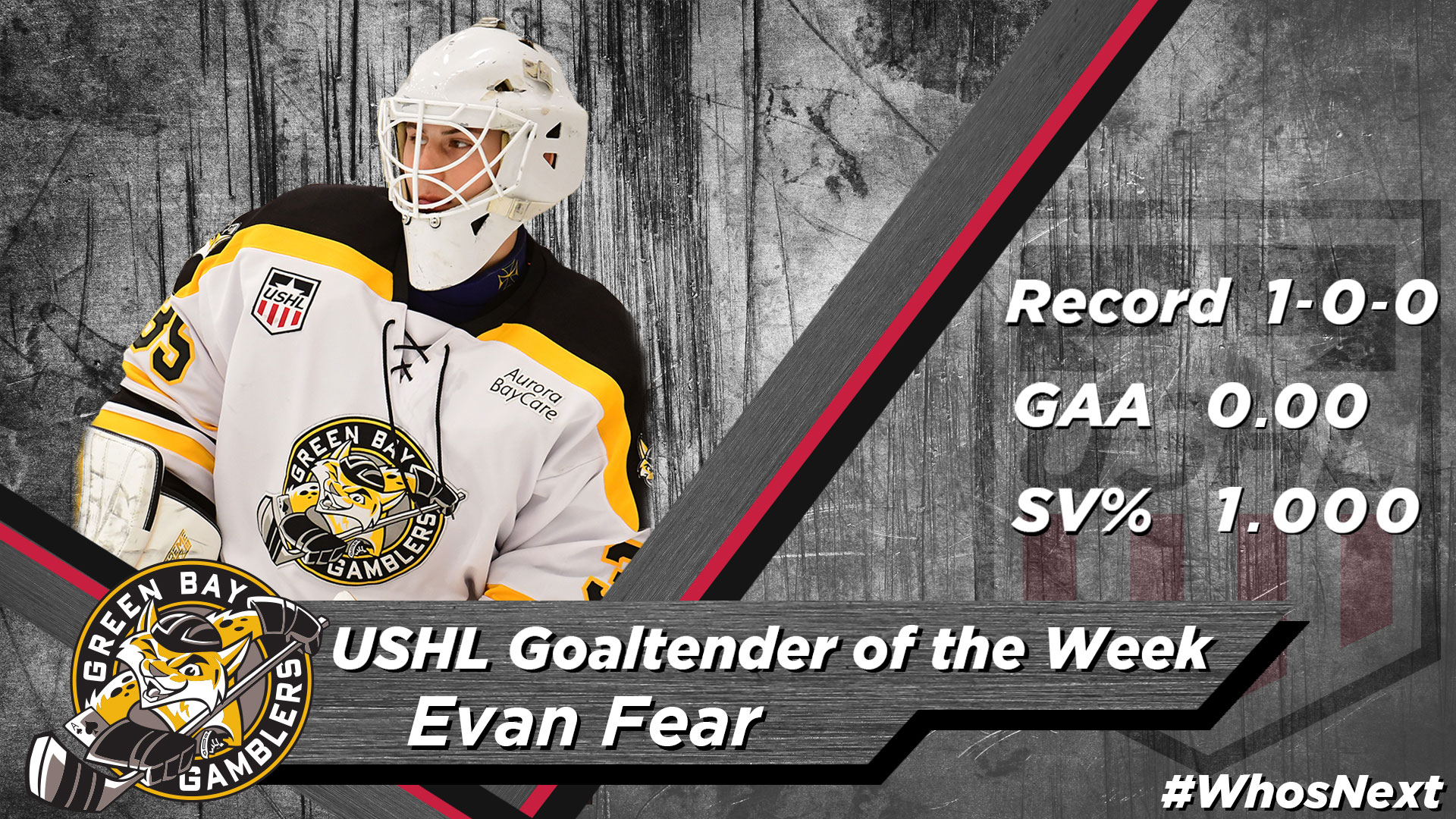 Fear was outstanding between the pipes during his only start of the weekend, as he stopped all 43 shots he faced in Green Bay's 1-0 victory over Dubuque. With his 43-save performance, the Quinnipiac commit earned his first career USHL shutout and moved his season record over the .500 mark to 3-2-0-0. Fear has been solid through five starts this year, posting a 2.59 GAA and .924 SV%. His .924 SV% places him sixth among all USHL goaltenders who have played more than one game, while his 2.59 GAA is ninth in the same category. He has also faced 35 or more shots in three of his five appearances. 2018-19 marks Fear second season playing in the USHL, as he suited up for 14 games with the Dubuque Fighting Saints during the 2016-17 campaign. A Winnetka, IL native, Fear spent time with the Springfield Jr. Blues (NAHL) and Chicago Mission (HPHL). He was taken in the fourth round, 57th overall by the Gamblers in the 2018 USHL Phase II Draft.