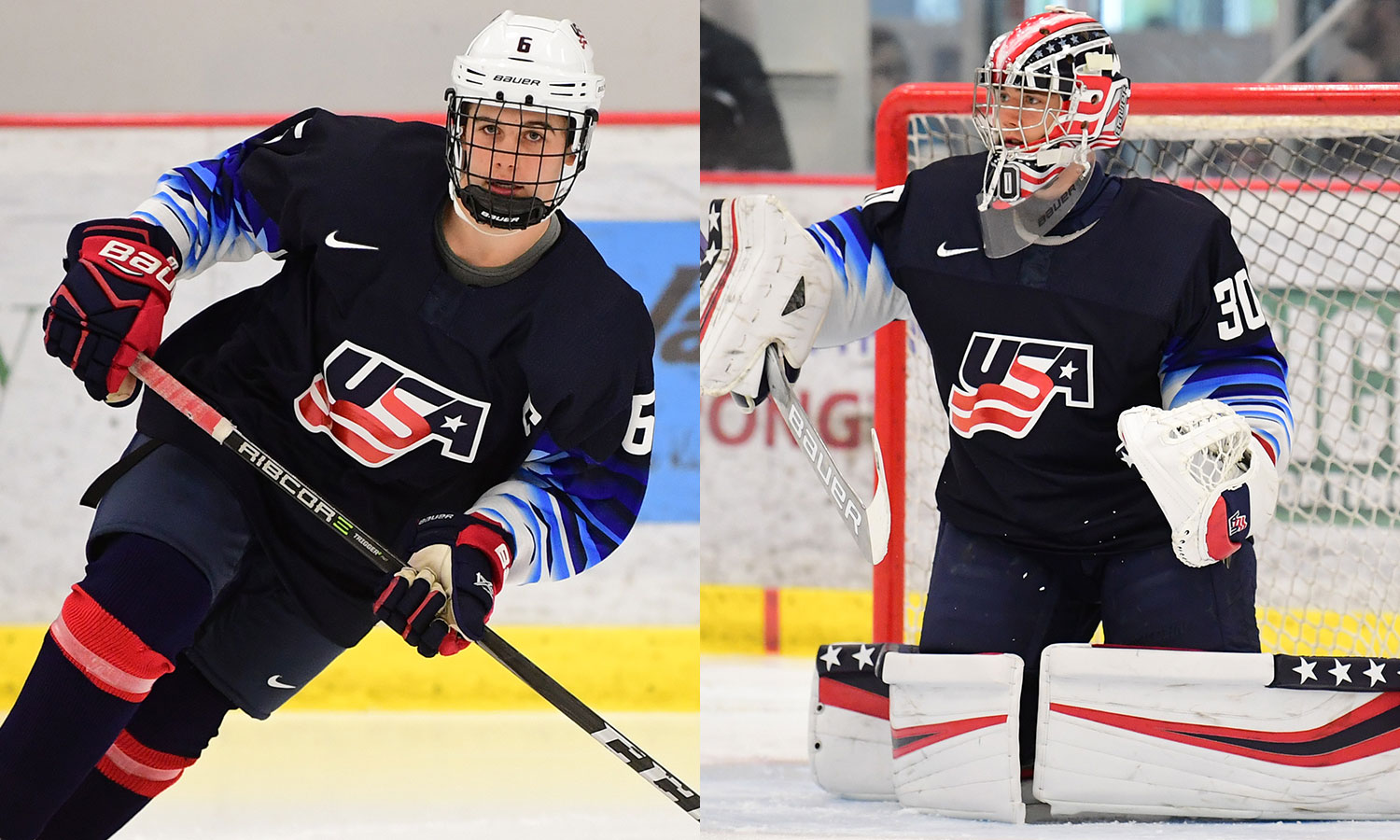 25 players with USHL ties, including a pair of current USHL players, were named to the U.S. National Junior Team Preliminary Roster in preparation for the 2019 World Junior Championship. The announcement was made today by USA Hockey on NHL Network. The group is auditioning for a spot on the final 23-man roster that will represent the United States in the 2019 International Ice Hockey Federation World Junior Championship from Dec. 26, 2018 - Jan. 5, 2019, in Vancouver and Victoria, BC.

23 of the 29 players named to the roster are currently playing or are committed to playing college hockey. 14 of the 23 former USHL players named to the roster were selected in the first three rounds of their respective NHL Draft, with seven players drafted in the first round. At least one player with USHL experience has been featured on every U.S. World Junior Championship roster since 1995. The USHL has had 10 or more players featured on Team USA since 2012, including a record 22 former players on the 2017 team, which captured the gold medal in a thrilling shootout victory over Canada.

Among those named to the preliminary roster are five members of the 2018 U.S. National Junior Team that earned the bronze medal at the 2018 IIHF World Junior Championship in Buffalo, NY, all of whom played in the USHL - defensemen Mikey Anderson (Waterloo Black Hawks), Quinn Hughes (Team USA) and Dylan Samberg (Waterloo Black Hawks) and forwards Josh Norris (Team USA) and Ryan Poehling (Lincoln Stars).

The U.S. National Junior Team Preliminary Roster also features a pair of current USHL players in Team USA's Jack Hughes and Spencer Knight. Hughes is projected to be the top pick in the 2019 NHL Draft, which would make him the first player to be drafted first overall straight from the USHL. Knight, a Boston College commit, was listed as an A-rated goaltender on November's NHL Central Scouting Updated Players to Watch list, which projects him as a potential first-round pick in the 2019 NHL Draft.

Other staff with USHL ties include general manager John Vanbiesbrouck and assistant coaches Steve Miller and Jerry Keefe. Vanbiesbrouck served as the General Manager and Director of Hockey Operations for the Muskegon Lumberjacks from 2013-18. Miller played for the Madison Capitols during the 1984-85 season, while Keefe suited up for the Omaha Lancers under Hastings from 1994-96.

The 29 players will convene in Everett, WA, for training camp from Dec. 15-17 at Angel of the Winds Arena. The camp will serve as part of the selection process in determining the final Team USA roster for the 2019 IIHF World Junior Championship. The complete U.S. National Junior Team Preliminary Roster can be found HERE. Following its camp in Everett, Team USA will travel to Kamloops where it will train at Sandman Centre from Dec. 18-20. During its time in Kamloops, Team USA will face off against Russia in a pre-tournament game at Sandman Centre on Dec. 20. The U.S. will then travel to Langley, BC to meet the Czech Republic in its final pre-tournament game at George Preston Recreation Centre on Dec. 22.

Below are the list of players with USHL ties who were named to the U.S. National Junior Team Preliminary Roster in preparation for the 2019 World Junior Championship: