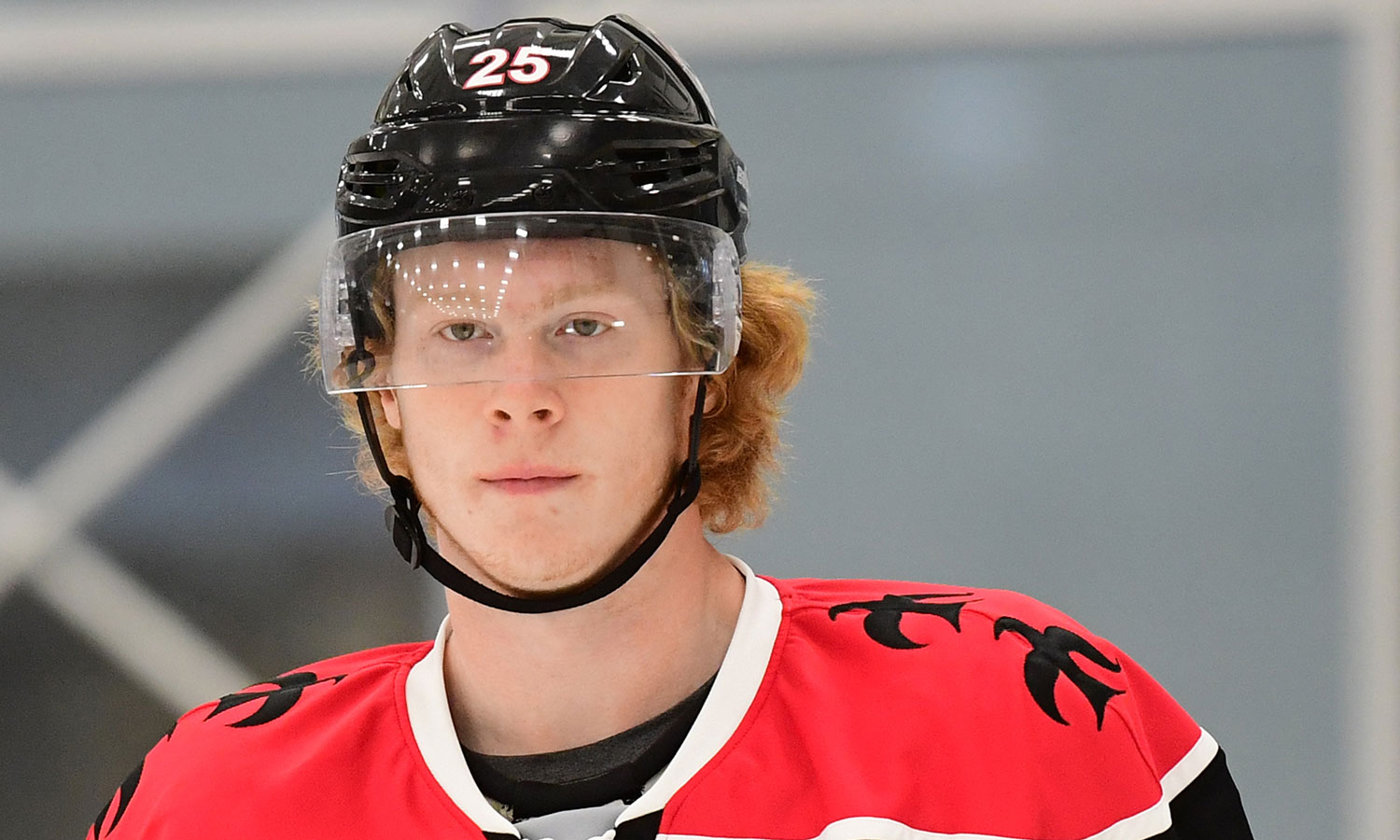 Some parts of Iowa has seen almost 12 inches of snow in the last week. Waterloo Black Hawks defenseman Mason Palmer will spend next winter in a place that receives over 12 FEET of snow each year.

Tuesday evening, Palmer announced his commitment to Northern Michigan University in Marquette, MI, where he will enroll next fall with fellow Black Hawks defenseman Hank Sorensen and join a program which is already home to three other Waterloo alumni.

In Waterloo, Palmer has been one of the United States Hockey League’s most effective defensemen.  Helping the Hawks to the USHL’s Anderson Cup in 2017-18, the Plymouth, MN native ranked seventh in the league with a +23 rating.  This year, he has been even stouter, at +24 to date, placing him second in the league.

“He really understands who he is as a player, and where that can take him,” said Waterloo Head Coach P.K. O’Handley.  “Mason understands that his role is that of a shutdown guy.  He plays a lot of minutes for us, because there’s a lot of trust there from our staff, and teammate-to-teammate, that he will give you everything he has and defend really well.”

This is Palmer’s third full season with the Black Hawks.  He appeared in his 150th USHL regular season game last Friday versus the Dubuque Fighting Saints.  This season, Palmer has one goal (a game-winner Dec. 29 against the Youngstown Phantoms) and 17 assists.  Those 18 points tie for 15th among USHL defensemen.  With four shorthanded assists, Palmer is tied for the lead among USHL players, regardless of position.  For his career, Palmer has recorded five goals and 34 assists.

The vast majority of Palmer’s Waterloo appearances have also seen Sorensen’s name on the same lineup card.  Sorensen committed to the Wildcat program in October.  Both players were previously teammates with defenseman Ben Newhouse and forward Garrett Klee, who are currently skating in Marquette, along with a third former Hawk, Phil Beaulieu.

Palmer becomes the 18th member of the 2018-19 Waterloo Black Hawks with an NCAA Division I commitment.