Ohrvall joins Michigan natives Patrick Guzzo and Ethan Szmagaj in committing to the maize and blue. 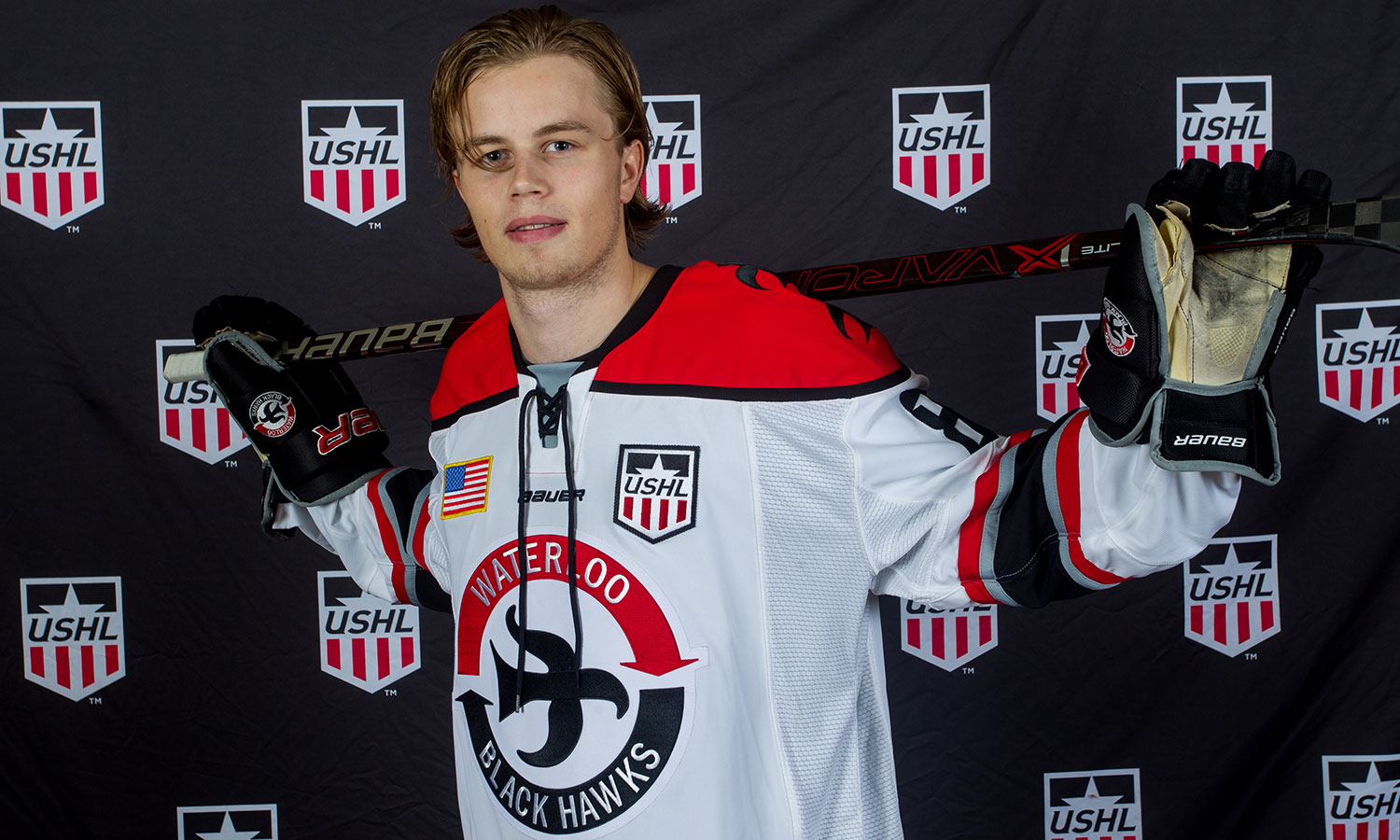 Waterloo Black Hawks forward Emil Ohrvall became the third current Black Hawks player to commit to the University of Michigan hockey program, revealing his choice to play for the Wolverines next fall.

Ohrvall joins Michigan natives Patrick Guzzo and Ethan Szmagaj in committing to the maize and blue. 20 players currently in the Black Hawks’ lineup now have an NCAA Division I commitment.  Michigan is the leading choice, ahead of three other programs which have each recruited two Black Hawks apiece.

This winter, Ohrvall is second in goals (21) and tied for second in points (43) on the team.  He ranks among the United States Hockey League’s top ten (tied for fifth and tied for eighth, respectively) in both categories.  The native of Sweden has recorded three hat tricks, most recently on Jan. 24 against the Omaha Lancers.  Ohrvall spent last winter with the NCAA Division I Rensselaer Polytechnic Institute (RPI) Engineers; he had been a Black Hawk prior to that during the 2016-17 season.

Black Hawks Head Coach P.K. O’Handley talked about the things which have made Ohrvall successful during his second stint in Waterloo.

“I think he’s really confident.  He’s confident in his shot; he’s confident on getting to spots that give him opportunities,” O’Handley noted.  “He knows where to go on the ice to get himself into a scoring situation.”

Back in 2016-17, Ohrvall had 13 goals and 19 assists in 48 regular season games.  He was also on the ice for all eight Black Hawks playoff games that spring, notching six assists.

As three current Black Hawks aspire to join Michigan, the program already is home to a pair of players who each spent part of one season in Waterloo.  Goaltender Hayden Lavigne opened the 2014-15 schedule with the Hawks.  Defenseman Christian Meike finished his junior hockey career in Waterloo the following winter.